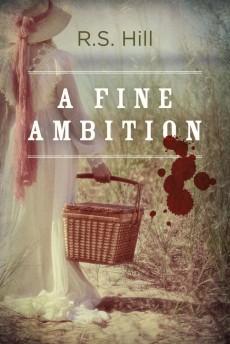 A chambermaid’s body is discovered on Instow beach. It appears she drowned, but Abigail March who, with detective Theo Newton is among guests at the hotel where she worked, is suspicious.

It’s difficult to know what to say about this undeniably cosy look at Victorian detection wrapped up in all the political correctness of the 21st century. For a start its protagonists, Abigail March, the daughter of a progressive Canadian politician, trained, but barred from qualifying as a doctor, and Scotland Yard Inspector Theo Newton are almost stereotypes.

Abigail is a veritable saint of the suffragette movement. Kept from the profession she wishes to follow by man-made rules, she is determined and clever, kind and deeply involved with social justice. Newton is the perfect modern man. A former officer who has seen combat – an interesting historical question might be how many former soldiers served in the early Yard detective units – he is also pro-feminist, socially aware, modest, good-looking and an absolute gentleman.

This unlikely couple are guests at an Instow hotel where Abigail has taken her politician father to recuperate from pneumonia contracted through overwork on an official visit to Britain. He in turn has invited the detective, with whom Abigail co-operated on an earlier murder investigation, to join them, partly because he is trying to recruit Newton for a senior post in the colonial force – and partly because he has noticed his attraction to Abigail and would like to see his daughter give up her ambitions and settle down with a nice young man.

When the body of a chambermaid is discovered on the beach, the cause of death is certified as drowning, Abigail is convinced there has been foul play. She eventually manages to convince Newton and he agrees to join forces to track down the killer.

The rest of the cast are a mixed bunch: a caricature, tubby, well-meaning but harassed hotel owner and his equally rotund wife; a non-too honest private detective with an over-inflated opinion of his abilities; a poison salesman who wants to abandon his family to further his artistic talent; and a poor, widowed, very working class ferryman whose anger and taciturnity are offset by his delightful children.

Add another widower who blames Newton for his wife’s death in an attempted Fenian jailbreak and is determined to ruin his career, a pompous and intolerant country doctor and various others and the whole story becomes difficult to follow in a welter of twists, possible motives and general confusion. Even the ending feels as if it has been tacked on to somehow finish off what is an unconvincing story.