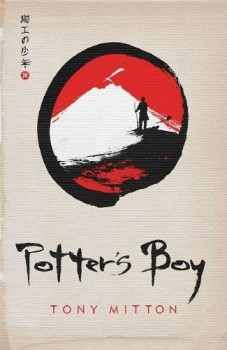 The son of the village potter wants to grow up to become a fighter, not a potter. This is Ryo’s story.

Ryo is the son of the village potter. He admires his father’s work and is happy helping in his workshop, learning the craft. He expects to follow in his father’s footsteps. But everything changes for Ryo on the day three brigands turn up in the village and demand whatever the villagers have of value. They threaten to kill someone every time their demands are not met.

A traveller who has enjoyed the hospitality of the villagers stands against the heavily-armed men and disarms them with apparent ease, sending them on their way with a warning not to return, as if they do, the traveller will come back with others like him, trained fighters he calls the Hidden Ones.

Ryo is awe-struck by the stranger’s fighting skills and on impulse, runs after him and begs the man to train him to fight the same way, with grace and beauty. The man tells Ryo that if he still feels the same in a year’s time, when he is 13, he must travel to Cold Mountain and seek out the Hermit. Ryo follows the man’s instructions and a year later, he obtains his parents’ blessing to follow his heart and seek out a different life for himself.

Potter’s Boy is a classic coming of age story, following Ryo on his path to Cold Mountain and beyond. For anyone who grew up with Kung Fu on television in the 1970s, the temptation to refer to think of Ryo as ‘Grasshopper’ will be a hard one to resist, and there are certainly parallels, but Ryo’s journey is very much his own. I was thoroughly engrossed in his travels and training, watching him grow and develop both in his fighting skills and his inner strength.

The setting for this sometimes gentle but always strong teen tale is an unnamed period in Japan’s history, medieval in feel, that provides the perfect backdrop for Ryo’s story.

There are dark moments as well as light, and I was taken completely by surprise when Ryo’s story took a very dark turn, but one thing Ryo learns is resilience. For anyone who has wanted to throw the latest recommended self-help books on mindfulness at the wall in frustration, I’d recommend reading Potter’s Boy. It teaches without preaching, on a journey of discovery in which pots are as valuable as swords, and everything has its part to play.