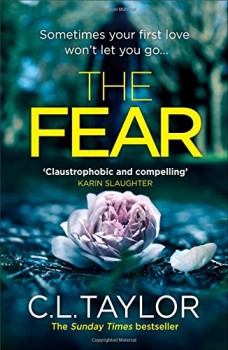 Lou was 14 when she was groomed by Mike, an older man. She returns to her hometown 18 years later to discover that Mike has a new victim, and she is determined to stop him.

When Lou was 14 years old she fell prey to the manipulative sociopath Mike, her charismatic and caring karate teacher. Mike was in his early 30s and knew what to say to young and vulnerable girls to make them feel they were the most precious and valued being on earth. But Mike had a dark side and a thirst for control.

Now Lou is 32 and has tried to put the past behind her and move on, but the trauma of her past repeatedly hampers her ability to find love and still robs her of her peace of mind.

Lou returns to her hometown of Malvern where she discovers that Mike, who is now in his late 40s, has not changed despite the passing of time and his lengthy jail term for what he did to Lou all those years ago. Mike now has a new victim, 13-year-old Chloe, who is a troubled girl with self-esteem issues and an unhappy family life. The book follows Lou’s desperate attempts to not let history repeat itself and she finds herself making several decisions that she can’t turn back from.

The Fear details the deep emotional impact that Mike’s abuse has on everyone who is involved with him and skilfully intertwines the main characters. There are switches between the viewpoints of the characters whilst keeping Lou as the main protagonist. I was drawn into their lives, thoughts and feelings in a way that is authentic and believable which keeps the pace fast and interesting, just what a psychological thriller should be.

The result is an addictive page-turning read that I could not put down until I knew how it ended. All the while CL Taylor gives a disturbingly convincing and grim insight into how a predator like Mike works to fulfil and feed his darkest motivations.