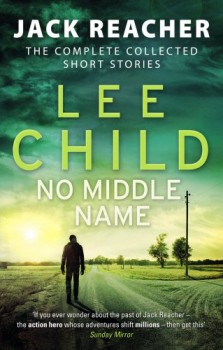 A collection of stories about Jack Reacher’s life, starting with him as a young lad of about 13.

Major Jack Reacher of the Military Police grew up as the youngest son in a military family, moving around all over the world. This collection of stories spans his lifetime, starting with him as a young lad of about 13.

Each story outlines some of the backstory of the main character in the novels. Jack Reacher appears as a boy, a young man in the army, then as an older man, as a retired major from the Military Police. They provide examples of the development both of his physical and mental skills. His fighting ability, for example, begins when he is a boy, confronting bullies in the neighbourhood to which he has recently moved and where he is striving for acceptance by the locals.

Throughout the stories his skill develops until in the later stories he is able to analyse which tactic to use based on his detailed knowledge of the precise circumstances needed for each type of punch, and the precise effects that that punch is likely to have on his opponent. This is similar to the decisions necessary in any sport, although whether his fighting skills could be called a sport is debateable. Sometimes the graphic detail is superfluous but when analysed in the light of the sporting analogy above then the detail is understandable. The one criticism is that at times such violence and strength in such a young person is just not believable.

In a similar way Reacher’s ability for analytical and logical thinking develops too. Learning to analyse the motives of other people such as a man sitting at a bar on his own, or the new lieutenant with her shiny Porsche, or indeed the young woman sitting alone in a nightclub, helps him to learn skills which he can use to solve later crimes and mysteries. Once again, however, in the stories involving Reacher as a young boy, his analytical and thinking abilities seem not so believable, but they do serve to explain his later practice of thinking behind the obvious.

The stories are of varying lengths, some, particularly in the latter part of the book, are just a few pages long, whilst one, early on, has 22 chapters each of one or two pages. But whatever the length, each story is complete in itself. The third story shows the beginnings of the minutely detailed description that is characteristic of novels by the same author. Indeed, it would be interesting to know the date when each story was written as there is a definite sense of progression through them, almost as though the author is learning and practising the techniques that are subsequently used.

The contexts, such as the military establishments, the bars, and the cities are all utterly believable, the forests less so. And some of the situations are horrifyingly possible: the witness wrongly accused of the crime, or the man, angry at being fired from his job of many years, for example.

All of this makes the reader aware of how multi-layered this fictional character of Jack Reacher really is. This is a fascinating collection of stories, the variety of lengths providing sufficient substance for a good read, either prior to tackling the novels or afterwards.