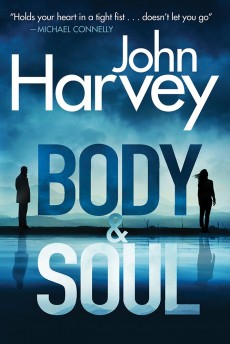 Retired Met detective Frank Elder knows something is wrong when his estranged and troubled daughter turns up. When someone she has had a relationship is murdered, he must try to prove her innocence at the same time as protecting both of them from a deadly threat from the past.

What can you say about one of the masters of British crime writing? Former teacher John Harvey has been turning out bestsellers for the past 40 years. He has also written and published poetry, adapted the works of Arnold Bennett, AS Byatt, Graham Greene and others for radio and television, and seen the final Charlie Resnick novel, Darkness, Darkness, turned into a stage play. Harvey’s strength, apart from the superb reportage combined with a trademark sparse, but measured, lyricism and poignancy which make him a true master of his craft, is that his stories highlight the seediness of crime through superb characterisation and a complete lack of glamour.

Above all, his characters are real. Resnick, after 12 novels, 16 short stories, television and radio plays, audio and ebooks, faded into retirement on a bench in Nottingham with a cup of takeaway coffee, pondering the music of his hero, the legendary jazz pianist Thelonius Monk.

Elder, his somewhat darker replacement, has enjoyed a shorter, but more brutal literary career. The former Met major crimes investigator, driven partly by a failed marriage, disillusionment and an unspeakable family tragedy has retired to darkest Cornwall where he occasionally helps out local police eager to use his experience.

His last case is often quite horribly depressive – and utterly believable. Elder’s life is lonely, often almost pointless. But when his estranged daughter Katherine suddenly appears on his doorstep, he knows something is badly wrong. The breakdown of her relationship with a controversial artist has sent her into a self-destructive tailspin. The volatile Elder confronts the man – a twisted combination of the worst of the modern art scene – who has sacrificed both decency and morals for success and money. Shortly after the man is found murdered, beaten to death with a set of manacles which have featured in some of his infamous works.

Elder quickly manages to eliminate himself from the investigation, but struggles to protect Katherine, who has become a major suspect, but as he bids to prove her innocence, a terror from the past resurfaces to threaten them both once more.

To offer more detail would be to spoil a darkly noir and quite brilliant procedural from which little is spared.

Like Resnick and the earlier books in the Elder series this is no glamorised detective story.  Few writers have even approached Harvey’s grasp of atmosphere which, mingled with some sharpish social comment and utterly believable characters, makes them a must read.

Resnick and Elder both gone ... It’ll be hard for those of us who prefer our crime real and brutal, our characters realistic, and our plots the stuff of everyday police work to replace them.