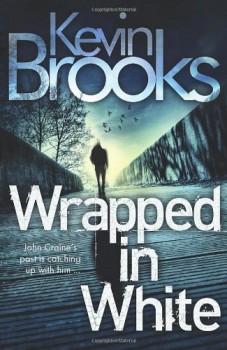 by (no authors listed)

PI John Craine takes on the case of the brutal homosexual killing of a young Somali which the boy’s aunt insists the police are trying to cover up. He’s plunged irretrievably into a world of drink, drugs, corruption and violence – before coming face to face with a dark spectre from his past.

In the glory days of the 1970s I worked with detectives who would make their TV doubles Jack Regan and Gene Hunt look like staid pillars of the community. CID was often a law unto itself, particularly in larger forces like the Met and specialist units such as the Flying Squad or Regional Crime Squads. I also met corrupt officers – helping to provide evidence which jailed a Detective Chief Superintendent – and more than a few were a bit too handy with their fists.

But to ask any reader, in an age when CCTV and political correctness have replaced surreptitious meetings with ‘snouts’ and hard drinking in dubious bars, to believe a DI is so corrupt and evil he will carry out the most sadistic torture or even kill is stretching imagination too far.

Put that same man in a horrifyingly ‘modern’ constabulary force and suggest his influence is so great he can suborn senior officers, pathologists and MPs, and fire assessors, then all credibility is lost. Compound it with a serious complaint dealt with ‘in house’ rather than by the Independent Police Complaints Commission, and mix with some major geographical uncertainties about the setting of all this shenanigans. Then add the most anti of anti-heroes – a drunken, drug-taking private detective who talks to his murdered wife and who has already killed two people despite self-confessed wimpishness – and you’re in a literary la-la-land.

All of this is a great pity. Brooks can really write. His characterisation is consistently brilliant – the good, the bad and the indescribably ugly of society are all here – and his quick-fire exchanges between characters, lightened by some black humour, drip with authenticity. Even PI John Craine’s conversations with his former wife are an eerily accurate portrayal of someone teetering on the edge of a total mental and physical collapse. The plot races along at a speed to match Craine’s self-induced descent into breakdown. It’s clever and disturbing, and the well-crafted climax is unexpected.

The trouble, however,  is that the devil is in the detail – how do you fool forensics into ‘seeing’ a battle when both men have been shot with the same gun? All this is supposed to happen in an area I lived and worked in for many years. I know it can be nasty, that plenty of London – and newer – villains seek the country life and put up a front of respectability – the drugs-related Rettendon killings which Brooks refers to making the point – but I think this Essex exists only in his imagination.