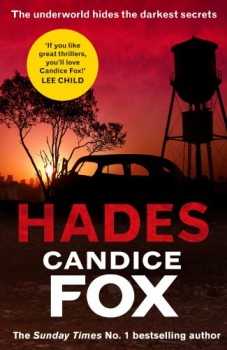 Homicide detective Frank Bennet should be grateful for his new partner, but he senses she is even more dangerous than the serial killer they are trying to bring down.

Homicide detective, Frank Bennet, has recently lost his partner and moved to the Sydney Metro police department to team up with Eden Archer, who has just lost her partner too. But from the start, Frank finds the beautiful and intelligent Eden distant, cold and unyielding. And it doesn’t get any better, knowing her brother Eric is in the same department and determined to push Frank’s buttons at every opportunity.

But they have a crime to solve. A junkie has just escaped a watery death at a small nearby marina, and he is convinced the silver chest he had been chained to is just one of many on the sea bed. When the boxes are raised and opened, Frank and Eden know they have a serial killer on their hands.

The bar for this sub-genre of crime fiction was set incredibly high a long time ago with The Silence of the Lambs. Perhaps writers are trying to surpass that bar, or maybe it is just the sheer volume available of police chasing serial killers, but it seems authors feel obliged to resort to extremes to accomplish the wow factor in their books. Hades is yet another of those stories.

Barely hidden amongst the plethora of shock and gore scenes is a sense of the author trying too hard to make her players unique, resulting in unlikeable characters. Hades is a thug with a compassionate streak, but I will give him the prize for the most believable character. Frank is an overdone caricature of an ‘is that a gun in your pocket’ cop, who is made even less convincing when he seems to have occasional injections of oestrogen and progesterone into his psyche. Eden’s hard-bitch character is so magnified that I just wanted to shake her.

The chapters devoted to Hades are written in the third person past tense, and clearly are backstory. They are two of the central characters’ whys. Frank's chapters are written in the first person, past tense, but they failed to draw me in because of his superficial thoughts and dialogue. The scenes devoted to the killer’s next victim are useful, but her character is insufficiently developed to give the reader a connection or reason to root for her. Dialogue is honed and to the point, but the characters’ voices are not distinct.

The plot is reasonable, but not unique. And the sub-plot is interesting, but not entirely plausible. The problem with both plots was that I could not believe the baddies had got away with their crimes for so long. At one point, as the sub-plot unravelled, I became convinced they could not have heard of fingerprints, let alone DNA, in Australia.

Although the pacing is quite good, I had no sense of place. When I go on a journey inside the covers of a book, I like to feel my surroundings. Sadly, Hades could have been set in Anywhereville.