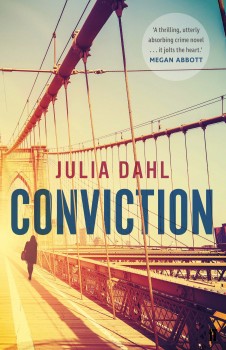 Journalist Rebekah Roberts looks into a murder conviction over 20 years old, when the New York crime rate was appalling and justice severely compromised.

Rebekah Roberts has a casual position at the tabloid New York Tribune but is ambitious for a project which will enable her to demonstrate her journalistic skills. After a chance meeting with a woman who runs a blog cataloguing murders in the city, she agrees to dig into past cases of convicted killers who claim to be innocent. She focuses on one which stands out because she is already acquainted with one of the police officers involved, Saul Katz.

In 1992, 16-year-old DeShawn Perkins was convicted of shooting his foster parents and sister. Perkins claims his confession was coerced by police, and that the alibi which his girlfriend could substantiate was ignored. The assertion of the sole witness in the case, Henrietta, a prostitute with a crack habit, that she saw DeShawn running from the building, was never properly investigated. Rebekah starts to interview friends of the victims, and soon finds grounds for disquiet.

The readers’ understanding of the case runs a little ahead of Rebekah’s as the author supplements her story, told in the first person present, with input from other sources. One is Henrietta, who is in fear of the man who paid her to get involved in the case. The other is a Jewish man brought up in California with a predisposition for violence, who rejects his parents’ liberal views and comes to Crown Heights in Brooklyn ready to punish anyone who might be a threat to the Orthodox community.

The murders shortly followed riots in the Crown Heights area of Brooklyn between black and Jewish neighbourhoods, when tensions were still very high. The story sympathetically explores the perspectives of those within both communities. The crime rate in New York as a whole at that time was horrendous, with a justice system seemingly overwhelmed and poorly motivated, something which took a revolution in policing to resolve.

Rebekah is initially reluctant to explore the implications of her investigations with Saul, at least partially because he is now in a relationship with Aviva, her mother. The two women have only recently re-established contact: Aviva left her husband and daughter when Rebekah was young. Rebekah still feels her abandonment very strongly and finds her mother irritatingly supine. As far as Saul is concerned, Rebekah’s findings reawaken some bad memories, and there is doubt as to how he will react.

This is Julia Dahl’s third novel and the story grips from the start, building to a tense climax. The characters are engaging and sympathetic, perhaps a little less self-forgiving than one might expect, but very credible. Most of all, whether depicting current Brooklyn or that of 20-something years ago, the author’s work has the ring of authenticity.