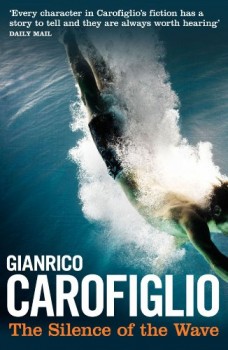 Roberto Marias is a Carabinieri marshal in psychiatric treatment in Rome after a breakdown arising from the strains of his work as an undercover narcotics officer. At the doctor’s door he meets Emma, also undergoing therapy, and the two warily take the first steps towards a relationship. The narrative of Roberto’s progress is punctuated by another story, that of Giacomo, an 11-year-old who dreams of a dog who stands in for his missing father, and a pretty classmate who he senses is in trouble.

As the book begins, Roberto is slowly emerging from the fog of confusion and pain to which his professional life has brought him. Over successive bi-weekly sessions with his psychiatrist he becomes able to articulate the strains of having to maintain a false identity and deny his true nature for prolonged periods of time. Each session thus delivers more back story, while the recovery of the protagonist is skilfully conveyed through subtle clues as to his reaction to life around him. This is wholly engrossing, no less so than the small piece of action in real time towards the end of the book.

Roberto’s story is all the more compelling in that it encompasses numerous phases in his life which build up to convey a picture of the man: the disappearance from his life of his father and his relocation to Italy, his initial performance in the police and the excitement generated by the work, and a detailed outline of his activities as a narc, involving the need to develop a separate personality capable of repugnant behaviour in order to fit in, and the betrayals of those he had befriended, themes previously developed in the film Donnie Brasco, for example.

Giacomo’s portion also holds the attention, notwithstanding that it is mainly dream sequences. Other people’s dreams rank up there with their religious beliefs as the dullest things to hear about, so this speaks volumes about the quality of the writing. However, the two parts have no special resonance, except so far as both Giacomo and Roberto lost a father in early life, and it is only when the link between the two is established, well on in the book, that the boy’s dreams are properly understood.

Carafiglio’s four previous books featuring Guido Guerrieri the defence counsel have proved very popular, and are doubtless informed by his work as a prosecutor specialising in organised crime. Whether Roberto Marias of the Carabinieri will be as well received is to be seen, but The Silence of the Wave is a well-written and engaging exploration of some of the deeper aspects of crime and its prevention.