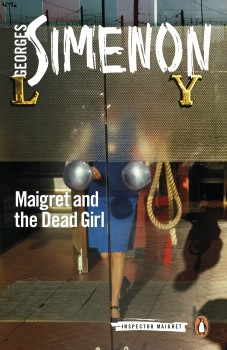 Maigret and the Dead Girl

When the body of a dead girl is found on Place Vintimille. Maigret and Janvier go to investigate.

Maigret and Janvier have spent many hours interviewing and finally obtaining confessions from three Parisian ‘tough guys’, and are in the mood for a relaxing bowl of onion soup before going home. Their plan is thwarted, however, when a call comes in to say that a dead girl has been found on Place Vintimille. They decide to go there immediately, even though, as Maigret later recalls, it is on Inspector Lognon’s patch.

He does not want to pre-empt any investigation that Lognon might make. This concern for the man known as ‘Inspector Hard-Done-By’ is a permanent feature of the novel. Maigret feels he is hard-working, competent and intelligent, but unlucky. However, although he is portrayed sympathetically, it is noticeable that when he and Maigret separately interview the same man, it is Maigret who exposes him as a liar, whereas Lognon is completely taken in by him.

However, if Maigret’s concern for Lognon’s feelings is real, it is nothing compared to the sympathy he extends to the dead girl, whose name turns out to be Louise Laboine. It shows itself as soon as he gets a proper sight of her dead body in the rain, her running make-up causing her to appear younger and more appealing.

At first glance the girl, who is wearing an evening dress, appears to be like any of the hostesses at the local nightclubs, but there is something about her that will not allow Maigret to believe this. Nor does it seem that this was a routine assault with a view to robbery – a theory later confirmed by forensic evidence that she was not attacked from behind, but face to face. Everything he eventually learns about her – an uncaring mother obsessed with gambling, a criminal father, a fortune-hunting friend who betrayed her, the lonely and penurious life that she is obliged to live in an uncaring city – contributes to his sadness at her violent death.

Maigret is, of course, always a humanist and frequently something of a psychiatrist manqué, but these qualities are foremost in this novel to the extent that, whist we want the killer to be apprehended, that seems almost secondary to our desire to know more about this young girl.

Perhaps because of that, the actual mechanics of the investigation seem less important than is usual in a Maigret novel and both the discovery of the murderer and its circumstances are somewhat low-key and slightly less convincing that usual. This is not a criticism and does not imply any failure on the part of the writer. It is simply that instead of a feeling that a killer gets his desserts, we are left with a sense of justice for the victim – a girl simply trying to make a life for herself after an unfavourable beginning and who fell victim to greed and callous violence.