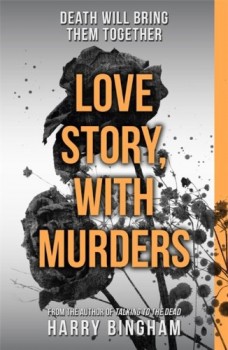 Welsh police officer Fiona Griffiths is called to a house clearance where a woman’s leg and foot has been found in a chest freezer.

On a bright Friday afternoon in October 2010, PC Fiona Griffiths and her partner are called to a house clearance on the outskirts of Cardiff where a woman’s leg and foot have been found in the chest freezer belonging to the late but not much lamented Elsie Williams. So begins a murder inquiry.

Searches of the surrounding area and houses turn up not just more of the dead woman but also parts of a man. Fiona, working under the strict command of DI Rhiannon Watkins, becomes ever more personally involved in a case which becomes increasingly complex with every grisly discovery.

But Griffiths isn’t just a policewoman, she’s the daughter of a man who was once Cardiff’s most wanted criminal, the head of organised crime in the city, with multiple arrests but no convictions. He adopted her after finding her – a two-year-old girl – sitting in the back of his car. At least, that’s the story he tells but she’s always thought that there had to be more to it and she’s investigating her history in her own time because she needs to understand where she came from, especially given that as a teenager she suffered from Cotard’s Syndrome, a rare mental disorder in which sufferers believe they are dead. She’s mostly recovered now, trying to have a ‘normal’ relationship with another police officer, Buzz, but she’s still emotionally and at times physically detached from the world.

If all this sounds complicated, that’s because it is. Add to this illegal arms dealing, a case of an unrequited lesbian crush, a wrongly-convicted man who commits suicide, a fairytale love story, two professional hitmen and a whole raft of grieving relatives, persons of interest and good coppers and you’ll understand why I think Love Story, With Murders needed to be two, possibly even three books. The problem is that even if you manage to keep track of who’s who, the story never keeps focus on one crime or one set of characters so that when it comes to the big reveal, the tension is long gone.

This is a long book, told in a first person, present tense narrative, with some unnecessary repetition that would have benefitted from being excised. But despite that, the first half in particular is fascinating and clever. But the second half drags in places and by the time the end is reached, it’s become too convoluted and drawn out to retain much interest. The conclusions that are given are nowhere near as exciting as the set-up promises and some of the threads just aren’t wrapped up, instead left open for a sequel. Ultimately this results in an unsatisfying and unfulfilling read, although the author is clearly capable of writing good plots and real characters.