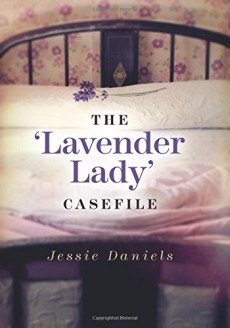 Recently widowed Effie James does a favour for a friend and joins a local ghost-hunting group. To her surprise, it’s all a lot more interesting than she expected.

When Effie James is asked to lunch by an old friend, she knows he’s likely to want something from her, but she isn’t expecting to be asked to join a ghost-hunting group. Her friend, psychology professor Duncan Fergusson, is writing a book about the paranormal and wants Effie to be an impartial observer in a local group led by the charismatic Corwin Fielding. Both Effie and the group themselves have some reservations about the role, but after a meeting with Fielding, Effie agrees to work with them and report back to Fergusson.

At the beginning, Effie, herself recently widowed, is sceptical about the group’s activities, but it’s all something of an adventure for her, and she soon finds she enjoys the company of most of the group’s members and finds the technical way they approach their investigations fascinating. She soon discovers that much of their work has a completely mundane explanation, but when they are called in by a woman who believes her dead mother’s house might be haunted, Effie finds herself caught up in something that really does seem like a real haunting, with a cold patch in a bathroom and the inexplicable smell of lavender in a bedroom.

The Lavender Lady Casefile is at the gentler end of the genre, but there’s still a dark heart to the story, as Effie starts to suspect that the death of Claudia Watkins might not have been quite as natural as her doctor – and her family – believe. Effie James, despite being something of a wet weekend, proves to be a tenacious investigator, determined to approach things from a rational standpoint. She constantly asks herself what her husband Michael would have thought about things, and it soon becomes clear that he was something of a controlling character, influencing what his wife did, and even how she looked to a very high degree. He was older – and an awful lot richer – than Effie. She started out as a secretary in his firm, architects to the gentry of Qxfordshire, married her boss, and worked her way up to his PA. Now, with her husband dead, Effie is having to learn to life her own life by her own rules, and that doesn’t come easily to her.

The book has an engaging cast of characters, from Jean Bossington-Smith, a no-nonsense twin-set and pearls woman (unimaginatively known as the Boss) to the irritating Mickey, the group clown, who quickly gets on Effie’s nerves. Jessie Daniels’ characters come close to slipping into stereotypes (including the respectable older woman doing something a little daring and the jokey and irreverent youth), but just manage to stay on the right side of the divide. Effie’s constant obsession with what everyone (including herself) is wearing and her constant habit of doing herself down gives the book a shallower feel than perhaps it deserves, but I liked the understated paranormal angle and was sufficiently interested in whodunit to keep the pages turning at a reasonable pace.

This is a light slice of Oxforshire life, and Inspector Barnaby from Midsomer Murders would have gone down well at the denouement.