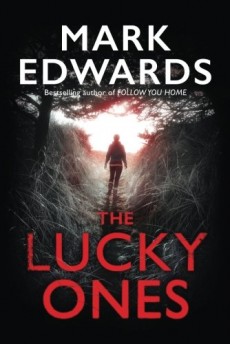 One murder is bad enough, two is more than a hideous coincidence. But three is a serial killer who is leaving no clues.

Detective Imogen Evans had a good clear-up record in London, but now facing her third strikingly similar murder in Shropshire, and with still no breakthrough in her investigations, she is beginning to doubt her capacities. Imogen knows there is no great mystery to how the murderer kills his victims. The mystery is why the murderer feels compelled to leave their faces contorted into a state of bliss.

Single dad Ben Hofland is struggling. Struggling to bring up Ollie, his son who resents being dragged away from his mother, from his friends, from London. Struggling to make ends meet as a writer. Struggling to come to terms with his mother’s impending death. He is even struggling to control his anger with his rowdy neighbours and their equally rowdy dog. And then life starts to look up. Small changes give Ben a reason to smile, to feel happy again. But if it seems too good to be true, it probably is. And Ben’s mounting happiness may well put him in Imogen’s path – for all the wrong reasons.

Within a couple of paragraphs, I knew I was going to enjoy this author’s style. He is a senses-driven writer, paying attention to setting and how his characters interact with their milieu. So, even though parts of the book are written in the third person past tense, he drew me into the scene effectively. He drizzles backstory, rather than dumping it in wheelbarrow loads. And even at the end, though it was a close call, the reveal was bearable.

There are chapters written in the first person – Ben’s point of view and that of the murderer. These too put the reader right next to the characters, although I was less convinced by the murderer’s voice than Ben’s. The changes of point of view certainly helped to drive the story forward, and overall the pacing was sharp and consistent. It kept me turning the pages, even if I wouldn’t class this as a highly suspenseful read.

I liked Ben, despite at times his obtuseness and naivety. He is well portrayed as a flawed, slightly inattentive, but caring single dad. He has his ups and downs, moments of self-pity, but overall, he is not one of those self-entitled, self-absorbed victim types. He’s a balanced, rounded character.

I liked Imogen too, even though her introspections about the contrast between London life and life in the back end of nowhere are somewhat stereotyped. I cannot understand why authors feel obliged to make town mice hate the country, and country mice hate city life. I believe it is time to put this stereotype to bed.

The one character I couldn’t connect with is the murderer, and this is nothing to do with him being bad (think Hannibal, a character oozing with attractive charisma despite his horrific crimes). The killer’s voice comes across as unstable, erratic, and while murderers, by default are unreliable narrators, I felt unsure about him for so much of the book that it did irritate me. At the end, I understood why, but I think it could have been done better.

The secondary characters are a bit flat and underdeveloped; deliberately so I believe. They all show enough traits or behaviour to keep the reader guessing which one of them is the murderer. If the reader isn’t an amateur sleuth, Edwards would probably get away with it. But there is a degree of cheating, and keeping the identity under a mountain of wraps!
I think my major problem with this, and other crime books involving serial killers, is the author’s need to create distinction in the crime. Some do it by upping the gore factor.

Others do it by the sheer quantity of victims. This time, the author resorted to his killer having a curious trademark. Unfortunately, I almost got the feeling that the murderer’s motives were squeezed and twisted to fit the unusual state in which the victim is discovered; with a smile on his/her face.

So, while I loved the overall plot and its progression, there is a degree of implausibility, which grows towards the end. And as I closed the book, I couldn’t help the one word that flitted through my head. Really? Which is a shame, because Edwards has talent, and an appealing writing style.