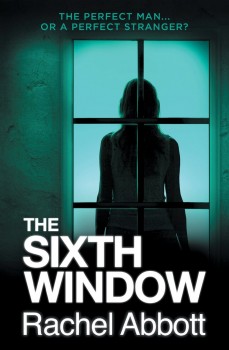 Natalie Gray should never have looked on her new partner’s computer. Now her daughter’s life is in danger.

Eighteen months after Natalie Gray’s policeman husband was killed in a hit and run, she and her 15-year old daughter are living with his best friend Ed Cooper. Although Natalie still misses Bernie, she and Scarlett have found happiness with Ed. Until the morning she checks the weather on his computer.

Within days she has taken Scarlett and fled; first to her best friend, Alison Morgan, then to a temporary flat in Manchester. She can’t bring herself to tell Scarlett why. And Scarlett resents the brutal way her mother has severed relations with the man she has come to love as a father figure. As relations are strained and the lies deepen, Scarlett drifts towards a dark and dangerous world.

DCI Tom Douglas and his assistant DI Becky Robinson have news on Bernie Gray’s hit and run death – fingerprints taken from the abandoned car have finally given them a suspect. But that is not the only case they have on their plates. A young girl has just committed suicide, and no one knows why. But the more they dig, the more the disparate cases twist together like barbed wire.

Everyone has something to hide. Everyone is lying. But it is Scarlett who is risking her life.

From the start to finish, I struggled to sift out the true protagonist, almost believing it was Scarlett. Yes, Tom and Becky are up there in the major characters bumbling along ineptly and missing major ‘clues’, but no more than Scarlett and Natalie, who both flapped around and behaved like naïve, headless chickens.

Written in the omniscient third person past tense, whilst having the advantage of seeing inside many characters’ heads, has the disadvantage of distancing the reader. And when none of the players stands out as the main character, the emotional detachment becomes stronger. Yes, it is clear who the reader should be rooting for, but in this instance, Natalie and Scarlett’s behaviour and introspections were irritating. And I did wonder how Tom ever got to be a DCI.

The writing is far too narrative-driven, with a huge imbalance of show and tell. Backstory floods the pages, slowing the pacing with unnecessary swathes of information that Abbott could have shortened dramatically by writing with more creativity. That, along with her use of cliched text and lack of chronology, gave the book a rush-it-out feel, which spoiled a reasonable plot.

Without giving the plot away, all the lesser characters lacked depth. Perhaps this was done deliberately to hide the culprit and enhance the twists. Unfortunately, it just resulted in two-dimensional people who relied on a lot of conveniences and a bucket-full of good luck.

That said, would I read another Abbott novel? Probably, now I have got a feel for her repetitive writing style – but only when I am in the mood to have my suspension of disbelief tested. For readers looking for an easy read and pure escapism, The Sixth Window is a reasonable read.