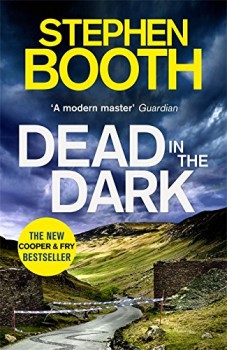 Dead in the Dark

Ten years ago, Reece Bower’s wife went missing and he was in the frame for murder. Now he’s the one the police are looking for and it’s his new wife who wants him found.

Ten years ago, Reece Bower was accused of killing his wife, Annette. He always denied murdering her, and it’s notoriously difficult to convict someone when no body has ever been found. It’s even harder when someone claims to have seen the alleged victim alive before the case comes to trial. In those circumstances, the Crown Prosecution Service were only too quick to pull the plug on the court case, leaving the police officers concerned with the case with a sense of unfinished business.

Now Reece Bower is the one who has disappeared without trace, and his new wife wants to know what has happened to him. DI Ben Cooper’s boss, Detective Superintendent Hazel Branagh, is happy for him to take another look at the Annette Bower case in the context of the new disappearance as she was one of the officers involved in the original case, and she can’t shake off the feeling that she could have done a better job.

DS Diane Fry of the Major Crime Unit is involved with an investigation into the violent death of Krystian Zalewski, who was stabbed in a back alley and bled to death alone in his dingy flat. Racial tensions in the small town of Shirebrook are running high post-Brexit, with some of the locals thinking the referendum result has given them licence to harass anyone they see as non-white or non-British.

In the absence of a body in Cooper’s investigation, there’s no excuse for Fry’s unit to be involved, so he’s left to pursue his own line of enquiry, which eventually leads to the remote Lathkill Dale, riddled with caves and abandoned mines, which soon play an important part in the search for Reece Bower and the woman he is believed to have killed.

I came late to the Coper and Fry series, but I’m now a firm convert, revelling in Stephen Booth’s descriptions of a landscape at times harsh and at other times filled with great beauty. I spent several days last year in a campervan on a farm immediately overlooking Lathkill Dale and was completely captivated by the way Booth brought it to life on the page. I could easily follow in the footsteps of Ben Cooper as he engaged the services of the local cave rescue team to help in the search for the bodies of the Bowers, and I could picture both the caves he describes and the mine shafts.

Booth always serves up an immensely readable police procedural with a bunch of interesting characters, particularly Gavin Murfin, once known as the laziest copper in the area, and now a civilian case worker drafted in when some legwork is needed. I’ve always liked Murfin, and he was in his element here, bringing with him inside knowledge of the original investigation delivered in his own inimitable style.

Of all Booth’s large cast of characters, the one I’ve always found hardest to connect with is Diane Fry, but in Dead in the Dark, I finally felt I was making some progress with her. She’s a closed book most of the time, but on this occasion she started to open up a bit with vulnerabilities on show, acting as a counterpoint to Ben Cooper, who is now is seeing some chinks of light at the end of the tunnel after the death of his girlfriend in a deliberately set fire.

This is a series that you can dip in an out of, and as I proved, coming late to the party is no barrier to enjoyment. If you know Derbyshire and the surrounding area, you’ll feel very at home, and if you don’t, I think you’ll be drawn to a visit. I’m already contemplating a return to Lathkill Dale, but this time we’ll try to avoid getting the campervan bogged down in soft grass after heavy rain!