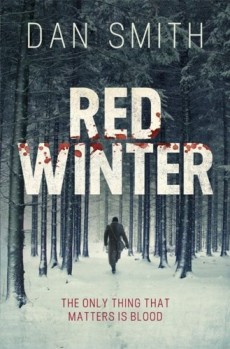 A former soldier decides to desert and return to his wife and children. When he reaches his home village, however, he finds it empty of people.

The Russian Revolution is generally taken to mean the revolt against and the eventual murder of Tsar Nicholas II, the removal of his government and its replacement with the Bolsheviks. However, it was by no means as simple as that and this book reflects something of the chaos and upheaval that was taking place in 1920 when, in addition to the Red Army and the almost defeated White Army, there existed the Blue, the Green and the Black armies, all with their distinct beliefs and agenda.  Specifically, the novel is set just after the Tambov Rebellion, brought about by the forced confiscation of grain by the Bolshevik government.

A soldier nicknamed Kolya has deserted, along with his brother, who is subsequently wounded and dies. Kolya is a mysterious figure and initially there is no indication of which cause he has been fighting for. All that is known is that he has been fighting for a long time and wants to return to his wife and children. He is, of course, a deserter but doesn’t like to think of himself as such and has convinced himself that his marriage and family are the only important things in his life.

When he arrives at his home village he finds that all the inhabitants have been slaughtered, apparently by Chekists. But, when he doesn't find the bodies of his wife and children, he becomes convinced that they are still alive and have been taken as hostages. A meeting with two women, Tanya and Lyudmila, who are on the trail of a group of soldiers, gives him a clue as to the direction in which the Chekists have gone and he decides that he will pursue them in his search for his wife and children.

It is the beginning of the Russian winter as Kolya begins the pursuit and the countryside is desolate. The forests are difficult for his horse to navigate but the wide-open steppes are dangerous because he realises that he is being followed by soldiers who, he imagines, are pursuing him as a deserter. A series of events leaves him with the added responsibility for a 12-year-old girl whose parents are dead.  His concern for her on his arduous journey makes him see more and more clearly where his responsibilities as a husband and father lie.

As he pursues the search for his wife and children, it is not only the journey itself that is so nightmarish. He is constantly troubled by thoughts of the witches, monsters and demons of Russian folklore and realises that they have taken human form and are killing and torturing the civilian population.

The greater part of the book contains relatively few incidents or encounters with others but there is a tenseness about the writing that lends a feeling of constant involvement. There is also an overwhelming sense of suspicion. Lev, Tanya and Lyudmila find it very difficult to trust Kolya and he feels the same about them. On the other hand, Anna, the girl who becomes his travelling companion, does trust him and becomes almost his hope for the future in a world where hope is at a premium.  Largely owing to her love for him as a replacement for her father and his love for her in the absence of his children, Kolya begins to rediscover the humanity that he had lost in his years as a soldier. Continuing this theme, there are frequent references to Kolya’s horse and Anna’s dog, both of which show their owners an affection sadly lacking in the behaviour of human beings to each other.

The ending, although perhaps a little over-contrived, comes as a definite surprise and confronts yet more questions of trust in a book that contains much to learn from and enjoy.