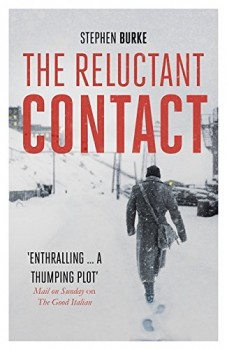 It is 1977 and Yuri is returning from attending his brother’s funeral in Moscow to Pyramiden in the Svalbard Archipelago north of Norway. He is about to discover that the quiet life of which he is so fond is about to come to an end.

The presence of a Soviet outpost in the Norwegian Archipelago of Svalbard is surprising, and it’s even more surprising that they are operating a coal mine there. The reason is that when it was declared Norwegian territory by the Treaty of Svalbard in 1920, certain conditions were attached, one of which was that the signatories to the treaty were allowed to engage in commercial activities. Russia took advantage of this to buy the Pyramiden mine from Sweden and to operate it.

Yuri regards Pyramiden as his adopted home and is glad to be coming back to it. He is chief engineer for the whole town and intends to remain so in spite of the ambition of his assistant, Semyon – ‘the Latvian Weasel’ – to replace him. He has three rules, widely observed in the Soviet era, which he is confident will keep him ahead of the game – don’t trust anyone, keep your head down and look after number one. His justification for this cynical approach to life is his belief that all that holds the Soviet Union and its empire together is corruption. Anything is permissible providing you don’t get caught.

These three rules become particularly important when the body of Semyon is found in the mine and Yuri is questioned by Timur, the KGB man in Pyramiden. Even when a doctor states that the death was an accident, Yuri still feels that he is under suspicion. He is not surprised when Timur blackmails him into providing detailed information about Catherine, the young English girl who maintains to everyone that she is a committed communist and wants to help mother Russia. She is acting as Yuri’s assistant following the death of Semyon and Timur makes plain to him that if he doesn’t comply with his wishes Yuri will lose his job. He decides that he has no choice, though he determines to be very careful what he writes and to do nothing that will harm Catherine.

The other woman who has recently entered Yuri’s life is Anya, a teacher. She is very passionate, very beautiful and very mysterious - a woman of moods whom Yuri can never quite understand. That, however, does not prevent his falling in love with her and beginning an affair. It is some time before she reveals her secret and it is one that makes Yuri break all three rules at the same time. It is this secret and the action it requires that make up the main plot of the novel – one that is full of twists and surprises, although they do not appear in the least forced.

The main characters are entirely convincing, particularly Yuri himself, Timur and Anya. We are made aware, for example, how a confirmed cynic like Yuri can so easily forget himself and become involved with a woman. Equally convincing is the description of Pyramiden itself. It is not easy to summon up what the Arctic actually feels like, where the sun is never visible and the whole action takes place in the dark, but it is done very impressively.