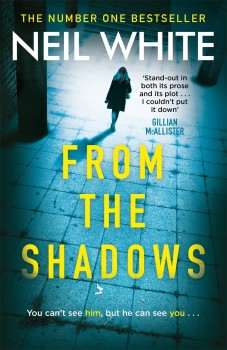 Robert Carter is accused of the murder of a 24-year-old woman. His defence is flimsy and he seems determined not to help himself. But young solicitor Dan Grant is determined to uncover the truth.

Dan Grant is a solicitor in a small town near Manchester. His bread and butter work is the criminals who pass through the local courts. Dan prides himself on doing a good job for his clients and when he’s asked to take on a case that’s been transferred to his firm from another local practice he doesn’t hesitate, even though the case looks to be pretty hopeless.

Robert Carter is only two weeks away from being tried for the murder of 24-year-old Mary Kendricks. Carter’s defence doesn’t amount to much, and as a bloodied fingerprint was found at the scene, as well as his DNA traces on the victim’s skin, things aren’t looking good. Despite an uncooperative client and overwhelming evidence of guilt. Dan is determined to dig a little deeper in search of the truth.

Dan turns to former client-turned-investigator, Jayne Brett, and enlists her help in going back over old ground in the hope that he’ll find something to use in Carter’s defence. Soon, Dan gets the feeling that there is another story to be told; the only problem is that he doesn’t know what it is and not all the road blocks in the way of his investigation have got there by accident.

Neil White is on home turf here in many ways. His background as a lawyer stands him in good stead when describing the almost down-at-heel life of a defence solicitor – on call night and day for a wide variety of clients, many guilty of a variety of petty crimes. But occasionally, a different sort of case will come along, calling for more expertise than the average drunk and disorderly or road traffic case.

Most solicitors’ firms will never see a murder case, even if they do practise criminal law. My own only had one in its long history, picked because the accused was given a copy of the Yellow Pages to help him choose representation and he started at the end of the alphabet, not the beginning. We might have had a second, but as a trainee solicitor, alone in a building late on a Friday afternoon, I had no desire to deal with a man claiming his ‘friend’ had committed a murder and needed some advice. I promptly packed him off to another firm who stayed open to 5.30pm!

Dan Grant makes a believable solicitor and the use of private investigator Jayne Brett to help him do the digging is plausible. Jayne was once in the same position as Robert Carter, accused of murder and relying on Dan to prevent a guilty verdict. She drinks too much, sleeps around and needs the money. Dan is more idealistic. He wants to get at the truth. The coppers in the book come over as real people, some good, some bad, some indifferent, much like most of the lawyers I’ve ever known. White’s northern setting is equally authentic, taking me back to the north west where I grew up.

I was wholly engrossed in White’s story, determined – like Dan Grant – to uncover the truth. From the Shadows mixes past and present, combining both to present a complex, gripping web of lies, threats and murder. He presents a picture of the legal profession I knew all too well. It’s not attractive and it’s not meant to be, but it is realistic.