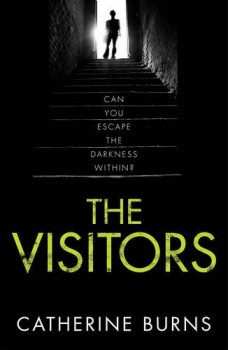 Marion lives with her domineering brother John in the house that has always been the family home. Although she loves John, she despises the secret that he keeps in the basement, and her own involvement in it.

Marion Zetland, a spinster in her 50s, lives in a depressed seaside town in the north of England with her domineering brother, John. They’ve lived in the family home all their lives, hoarding, hiding from the world.

Marion’s most cherished possessions are the cuddly toys she finds in charity shops. Her most cherished memories are having tea with her aunt in her seafront flat, when she and John were children. Marion has no life of her own to speak of. Her favourite aunt is dead. She used to look after her next-door neighbour’s daughter, but she’s gone to university now, all grown up with other things on her mind. Her neighbour still invites Marion to lunch sometimes, but it’s only to poke fun at her, or to ask her favours of her, most recently ordering her to get rid of the diseased tree at the bottom of her garden, which is threatening the wall between their properties.

Otherwise, Marion spends her time watching made-for-television movies and looking after her brother: cooking, grocery shopping, washing. There are other things she does for him too. Every once in a while she goes with him under duress, to a McDonalds a long way from home to pick up a young girl he’s paid passage for to England; young girls he writes to in foreign countries, women with no future looking for a saviour in the west.

Marion goes with him because each time he claims this is the one he’s been looking for all his life. But they never are. They’re always too thin as far as Marion’s concerned, too concerned with finding work and making a life for themselves, never thankful enough to John for everything he’s done for them. John takes them home and keeps them in the basement. Marion never has anything more to do with them, no more than washing their clothes and providing their food. They’re John’s responsibility – nothing to do with her.

Then John has a heart attack, and his prolonged stay in hospital means that she finally has to venture into the basement and come face to face with the reality she’s been denying for half her life. Therein lies the major problem with this book. Until John’s heart attack, nothing happens, and three-quarters of the story is taken up with the details about Marion and John’s past which are largely as you’d expect them to be, given their current circumstances. There are no surprises, despite the narrative being peppered with hints at a twist in the tale – the twist is far too predictable, and by the time Marion opens the locked door and descends into the basement, it’s obvious what’s going to happen next. It’s the moment the book has been building to, and it’s vastly underplayed.

We are asked to be believe that what Marion sees and does down there changes her so fundamentally that like a butterfly, she breaks out from the self-made cocoon she’s been living in for the last five decades. But given what we know of her by then, it’s actually something she’s always been capable of, and if her actions come as no surprise to her, then her subsequent transformation makes very little sense.

This is a confidently and competently written novel for the most part, but giving so much over to Marion’s past leaves little time for the inevitable, pivotal moment it has been leading up to, and for the consequences of that moment to be properly explored. The end therefore feels rushed and I was left feeling cheated. The previously dominant character of John is simply left to fade away and our considerable emotional investment goes unrewarded.