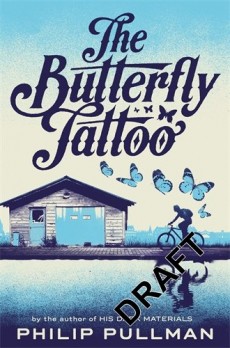 Chris Marshall has a part-time job working for the Oxford Entertainment Company, in the town where he lives. As a result, while working at a college ball, he encounters and helps a beautiful girl and their lives become interlinked

The tone of this beautifully-crafted novel is set by the opening line: ‘Chris Marshall met the girl he was going to kill on a warm night in early June, when one of the colleges in Oxford was holding its summer ball.’ This sinister introduction serves as a backdrop to the story of how Chris saves the girl from the unwanted attention of drunken wealthy undergraduates and then how she disappears. He meets her again and becomes obsessed with her, only to lose contact because of a misunderstanding. But the reader knows that they will meet again because of that opening sentence.

At the same time Chris’s life is explored. He is still in the sixth form. He is clearly a very presentable, responsible and trustworthy young man. His parents are separated and he is seeking reassurance and love. Chris has a part-time job with Barry Miller in the Oxford Entertainment Company. Barry presents as a happily married man with a young son. Barry trusts Chris and as a result he asks him to undertake some renovation in an abandoned shack near to the canal, but he want him to keep the work a secret. Eventually we are introduced to the story of Jenny, the girl from the opening sentence.

The plot progresses in an atmosphere evocative of the summers of youth, where the weather is balmy and where disappointment is always balanced by hope and optimism. I liked Chris. The question of how he can possibly be the killer of Jenny arises each time a new event happens, when they fall for each other, when they become separated and when they finally meet again. The question left to be answered is whether the other characters are there because of their impact on this dire outcome or whether they are merely vehicles to emphasis and explore the characters of the main protagonists.

Any clues or hints would spoil the careful unwrapping of this tale. Read it but keep your hanky nearby.