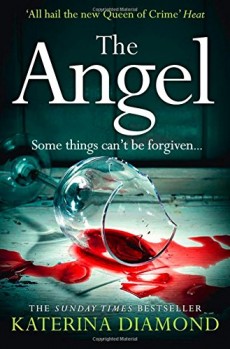 The body in the burnt-out signal box is just the beginning, but it could be the end for a lonely young man.

Gabriel Webb is a lonely kid, isolated from his parents by his Goth exterior, isolated from the world by his insecurities. DS Imogen Grey, of Exeter police, is in a dark and lonely place, torn between the career she adores and her growing love for a criminal on parole. Grey’s partner, DS Adrian Miles, is being increasingly isolated from his son and ex-wife by a man he is convinced is up to his neck in something bad.

All three are on the outside looking in, until their worlds collide when Gabriel is arrested for the murder of a nameless victim, killed in a fire in a burnt-out signal box. Grey has pangs of uncertainty as Gabriel is imprisoned whilst awaiting trial. He might have killed the man through stupidity, yet she believes he is no murderer. But with no real leads it looks like Gabriel is going to take the rap, and his case is pushed to one side when a video goes viral of the horrific murder of an old couple.

As people close to Gabriel, Webb and Miles get hurt, the three find themselves on the inside of something terrifying, looking for an impossible way out.

I recently read another book by Katerina Diamond, The Secret. But if the names Imogen Grey and Adrian Miles had not sounded familiar, I would at first not have believed The Angel was by the same author. Unfortunately, this is not because her writing has evolved.

While the plot is complex, gritty and intriguing, it is let down by the general standard of writing, along with voluminous swathes of ‘tell’ and backstory. I understand it is part of a series of books, centred on DS Grey and DS Miles, and inevitably there must be reference to their previous case, and indeed a few reminders about their stressful personal lives. But those revisits were not only untimely, thus interfering with the pacing of the book, they were also lengthy and written in a way that created distance from the story.

The author’s use of description can only be called rushed and lazy, relying on heavy use of adjectives and adverbs, without any senses-driven writing. Don’t tell me that someone feels an emotion, allow me to understand it through their body-language, actions and reactions. Don’t underestimate or spoon-feed the reader by explaining everything ad nauseum, particularly in introspective passages. Get the words right and the reader will understand.

Written in the third person, the story hops from one main character to the next, which does heighten the tension. Unfortunately, the considerable number of secondary characters with generic names is confusing, and distracting, resulting in a deflation of tension. I spent far too long trying to remember who the individuals in the various entourages were, and where they fitted into the story.

I also found the pacing so awry at first that it felt like Gabriel was on a completely different time zone from Grey and Miles. His story seemed to leap forwards by days, whilst theirs seemed to move forward in hourly increments. It offered no sense of time, and although it is set in Exeter, it could have been Anywhereville.

From early on, the writing convinced me that there would be a tedious and lengthy pantomime reveal at the end. I was not wrong. Each of the culprits managed to regurgitate their whys, hows and wherefores in excruciating detail, by which time I was beginning to wish that the Exeter police could be armed to put the baddies out of their misery.

It would be easy to ask why I bothered ploughing through the book rather than chucking it on my small pile of unreadables. The answer is twofold but simple. First, I had got to know Grey and Miles from Diamond’s earlier book, The Secret, and I was intrigued enough to find out where their personal lives were heading. Second, the plot promised to be interesting. And it was. For all my criticism, and a plethora of unlikely conveniences, the storyline held my attention. Diamond clearly had a good plot in mind, but was sloppy in its execution, and it felt like she was in a hurry to get it published.