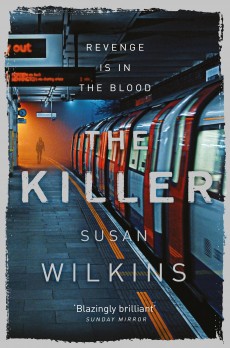 Two women, Kaz Phelps and Nicci Armstrong – one the scion of a notable family of Essex gangsters, the other retired from the Metropolitan Police on medical grounds – are under threat and must cooperate to survive.

Karen (Kaz) Phelps has been living under the witness protection scheme. She emerges for the funeral of her beloved, flawed brother, Joey, and nearly dies in an assassination attempt which opens the book in an explosive first chapter.

Elsewhere, things begin to fall apart for Nicci - who doesn’t know who she can trust within SBA. Simon Blake is struggling to finance the company after a political scandal, and Eddie Lunt, her assistant, has always seemed to Nicci to be a bit flaky. Also, she spends most of her time at work on protection details for HNWIs (high net worth individuals), not doing the investigations at which she excels.

Meanwhile Kaz is trying to hold her fragile family together, and to find who is trying to kill her, and why. One possibility is the Kemals, drug barons from Turkey, another is the Russian oligarch, Pudovkin. She also has to work out what has happened to her putative lover, Irina. She must also contend with Paul Ackroyd, an associate of Joey’s, who seems very interested in the legacy left behind when Joey died.

This is a book of contrasts - from the gold-plated lifestyle of the Russian oligarch, Pudovkin, to the seedier side of the drug business in London. As a Russian exile, Pudovkin himself cannot afford to relax - he has to stay on the right side of the Putin government.

The Killer is fast-paced and quite a page-turner, and it works well as a standalone thriller, despite being the third book of a trilogy. There are a number of strands which I needed to keep track of, but my attention was repaid by a thrilling climax.