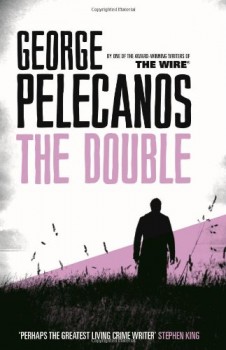 PI Spero Lucas sets out to find a missing painting – and runs into a conman and his two violent sidekicks.

Spero Lucas is an Iraq war veteran working as a PI in Washington. He seems to have a good life: a loving family, trustworthy friends, plenty of leisure time to cycle and kayak, and an eye for a pretty woman. But his status quo is challenged when he undertakes an assignment to retrieve a valuable painting.

Lucas regularly works for lawyer Tom Petersen. As The Double opens, they are trying to gather evidence to clear a man accused of murdering his mistress. The focus then moves to him attempting to retrieve a valuable painting that's been blatantly stolen from a woman's wall by a conman who'd seduced her, then disappeared.

Pelecanos's style is laconic and stripped down, as befits a man who wrote episodes of The Wire. He wants you to know what characters are wearing and exactly what the locations are like, which gives the book the feeling of a series of snapshots. The action cross-cuts from Washington's seedier suburbs to a military hospital to up-market apartments to posh hotels to isolated hideouts.

I've always liked Pelecanos's focus on ordinary people as heroes, including the Strange and Quinn books, and his first series with Greek-American hero Nick Stefanos. Spero Lucas is from a similar background and has equally cool taste in music, as most of the heroes of Pelecanos's books do!
Lucas, though, doesn't quite gel as a character – there are ambivalences that don't seem to make sense. One minute he's refusing to take a gun to a meet that's likely to be dangerous; the next moment there are scenes of cold and bloody violence.

Pelecanos writes dark and stark better than almost anyone. However, I couldn't suppress the sneaking feeling that all the scriptwriting has made his novels a touch on the one-dimensional side. Lucas finally seems to be asking himself some questions at the end of The Double, but those around him don't stick in the memory for long, with the exception of two of the three villains. The book is a good enough read, but it feels slightly like writing by numbers. And for someone like Pelecanos, that's frustrating.