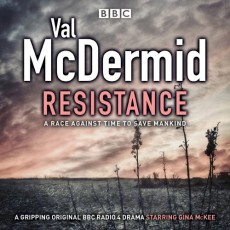 When festival goers start falling sick, journalist Zoe Beck sets out to clear the name of the man whose sausage sandwiches are being blamed for the outbreak of the mystery disease.

On the weekend of the summer solstice, 150,000 people have congregated on a farm in the north-east for a music festival. Freelance journalist Zoe Beck is there for work, to interview the stars, while her husband and two young sons are at home. Zoe spends time in one of the catering vans run by her friend Sam the Sausage Man and his partner, Lisa. Like all large festivals, there are too many people, too few toilets and a general lack of personal hygiene, but there’s good music and plenty of booze, so that side of things is easily ignored.

When some of the performers and the festival-goers start to show signs of food poisoning, fingers start to point at Sam and Lisa’s sausage van. Those affected had a relatively short-lived but extremely acute attack of vomiting and diarrhoea but afterwards seem to make a full recovery and once Solstice is over, the music fans disperse, with the stars jetting off to other gigs around the world.

A week or so later, people start to feel ill again and bruise-like purple blotches start appearing on their skin. The disease, whatever it is, seems to be resistant to antibiotics, and doctors are baffled. When one of the star performers at Solstice dies, Sam the Sausage Man quickly becomes known as Sam the Plague Man and his business is shut down by environmental health officers. Zoe, determined to clear her friend’s name, starts investigating the chain of suppliers Sam uses and, while the world rapidly disintegrates around her, Zoe doggedly sticks to a trail that leads her to the dark side of farming practices.

There’s nothing I like better than a good apocalypse, and Resistance is very good indeed. You’d have to have had your head under a pillow for several years not to have become aware of the concerns about over-use of antibiotics and the dangers we face from them entering the food chain. The mysterious disease cuts through the world’s population, leaving millions of people dead and the rump of humanity fighting for their lives against a backdrop of the rapid disintegration of society. Scientists from around the world are doing their best to collaborate in the desperate hunt for a cure, but one by one, their communications go dark.

Resistance was developed as part of the Wellcome Trust Experimental Stories Scheme that explores big questions stimulated by biomedical research, and you don’t get much bigger than a global pandemic that seems well on the way to wiping the human race from the face of the planet. The story is strongly written by Val McDermid and equally strongly performed by Gina McKee and others. Zoe is a woman in her element with some real investigative journalism to get her teeth into for a change, whilst at the same time clearly terrified by what is happening around her and to her own family.

The medical side of things has the unmistakeable ring of authenticity, but never drops into jargon, hand-waving or pseudo-science. Resistance is horrific, believable and very, very close to home. It’s not hard to imagine this scenario coming up to bite us all and, in a world whose existence seems to be becoming more precarious with every day that passes, this is just one more thing to have to worry about. But it’s also gripping, heart-breaking and darkly entertaining.

Even after the BBC’s two incarnations of Survivors and Louise Welsh’s excellent Plague Times trilogy, the scenario of the human race dying like flies and descending into anarchy is nowhere near played out, and a writer of Val McDermid’s quality is always able to bring something new to the party.