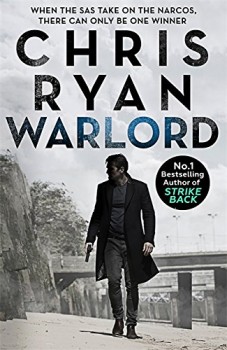 Danny Black is back in action. The SAS have been asked to send a covert team to the Mexican border in an attempt to cripple one of the biggest drug gangs in the region. But it’ll not be an easy task because the Zeta gang has its origins in a unit of rogue Mexican special forces soldiers, trained by the SAS themselves, so they know all the tricks.

The Mexican soldiers had decided there was more money to be made in the drugs business than there was in fighting the gangs, so they defected en masse, drove the other cartels out of business and now maintain their hold on the supply of drugs by a lethal combination of military knowledge and extreme violence.

A four-man SAS team headed by Danny Black is tasked with bringing down the Zetas. With him is his best mate Spud Glover, plus Spud’s young cousin Spike, a bomb-making and demolitions expert, and Jack Fletcher, better known as Tyson, who was one of the men responsible for training Mexico’s rogue soldiers. Tyson fills the role of the inevitable internal antagonist, who spends his time subtly challenging Black’s leadership and belittling Spike, the youngest and least experienced of the group.

The team enter the US under the radar and report to CIA agent Ethan Kleinman, their liaison. Kleinman is determined to take down the Zetas, but to do that, the team have to cut the head off the serpent and kill Z1, as the chief drug lord is known – and that’s not an easy task with limited manpower and problematic intelligence. It soon become clear to Black that the Zetas are staying one step ahead of them, but what he doesn’t know is how.

Chris Ryan’s thrillers never fail to deliver where action is concerned. Warlord, like all his other books has the unmistakeable authenticity that comes from having served in one of the UK’s elite regiments and seen more than his fair share of action, and that’s what gives his thrillers, like those of Andy McNab, the advantage over the rest of the pack. He writes believable characters, even when playing to stereotypes like Tyson. Sometimes stereotypes exist for a very good reason, but the trick is to make them real, and that’s an area where Ryan always succeeds.

Warlord is explosive, hard-hitting and brutal story of a war with huge sums at stake and casualties all over the world. The reach of the drug lords is long, and for Danny it’s something of a personal crusade as his brother Kyle is an addict, and Danny knows all too well the effects of drugs on the lives of millions like his brother. Ryan doesn’t hold back when it comes to the stark realities of the war on drugs and the actions a covert group like Danny’s are forced to take to enable them to operate under the radar. In his world, the words ‘women and children first’ can take on an entirely different meaning.

Ryan more than satisfies my love of military action thrillers and the Danny Black series continues to grow and deepen, and in Ryan’s hands, no one is safe, which adds to the sharp edge of reality. Happy endings are few and far between in Danny Black’s world.