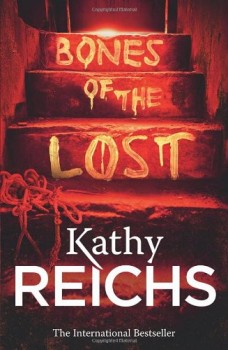 Bones of the Lost

A girl is killed in a hit-and-run on a lonely stretch of road. Was it an accident or murder?  Then Temperance Brennan is drafted in to analyse the remains of two Afghan nationals killed by a marine during a raid on a village.

It is a chilly October in Charlotte, North Carolina. The body of a young teenager is found on a lonely road, apparently the victim of a hit-and-run, but it appears from her injuries and evidence at the scene that this may not have been an accident. In her purse is an ID card for a local businessman killed in a fire six months before. How could she have acquired the card and is her death linked to that of the businessman? Detective ‘Skinny’ Slidell is in charge of the case and he is convinced that the girl is just another prostitute and heroin addict, but Temperance Brennan, forensic anthropologist, is not so sure.

Before they can resolve the case, Brennan is drafted in to analyse the remains of two Afghan men. They were killed by a marine Lieutenant in a raid on an Afghan village and evidence is needed to confirm the circumstances surrounding their deaths. The work involves a trip to the village in the war zone of Afghanistan, supervision of their exhumation and examination of the bones to determine the trajectories of the bullets that killed them.
Returning from the mission, Brennan steps up the investigation and discovers a tragic story of exploitation and war heroes who are not all they seem.

Bones of the Lost is the 16th of Kathy Reichs’ ‘Bones’ books, and well up to her high standards. The science is, as usual, excellently explained and most aspects of the investigation are completely believable. Regular readers will be used to Tempe putting herself into dangerous situations and getting injured in the course of the investigations, but this time the danger is heightened as she ventures into a war zone.  Her first person description of the aftermath of a missile attack is gripping, to say the least.

The on-going story of Tempe’s life and relationships critical to giving the character a third dimension continues as the background to this book. Will she finally divorce  estranged husband Pete? How will she cope with her beloved daughter Katy not only being in the army, but also posted to the front line in Afghanistan? And why is Andrew Ryan not answering her calls?

If I have a criticism of the writing of the Bones books, it is the repetition of plot devices. There have been a few too many break-ins at Tempe’s homes, she has been captured and imprisoned too frequently and the cat has been threatened too often. Nevertheless, Reichs’ skilful writing and fast plots make for an eminently readable book.