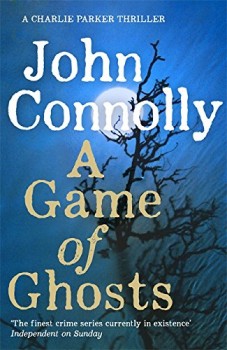 Charlie Parker is unhappy that Edgar Ross, an FBI agent, has coerced him into working for him, an uncomfortable and uncertain relationship. As a result Parker is set to investigate the disappearance of Jacob Eklund, a private investigator. The odd thing is that there are so many constraints of secrecy and ownership placed on the investigation.

It transpires that Eklund has an unusual obsession with investigating paranormal activities, particularly those associated with a set of ghostly apparitions known as the Brethren whose cruel and trouble past is documented and who appear to be represented in modern times by descendants, each with their own twisted stories and circumstances.

The modern representatives of the cult are determined to ensure the safety of their ancestors, the leader of whom was a red-headed man called Peter Magus, who allegedly made a pact with a fallen angel to ensure immortality for his cult, despite the fact that they were burned to death hundreds of years earlier. They need to kill enough people to satisfy this supernatural being so that he fulfils his agreement to keep their spirits at large.

The novel is populated with numerous unpleasant, unsavoury and cruel individuals. There is a couple who are actually brother and sister, who torture a person to death; a mother, with a cruel and unbalanced son, who has inherited a mob kingdom and a cast of others associated with the Brethren.

Charlie Parker sustains his unusual personality, well known to those who enjoy this series of books by John Connolly. In this edition, he relies on the support of his sidekicks, Louis and Angel, although Angel is suffering some serious health issues. Parker’s relationship with his ex-partner and his daughter is at risk. Nonetheless, his determination, overridden with his supernatural abilities (and those of his daughter) help him to resolve the issues.

This novel has the usual black undertones associated with the series. The characters all have their own black dog, and yet, curiously there is an optimism and a sense of camaraderie that makes the main protagonists very endearing.