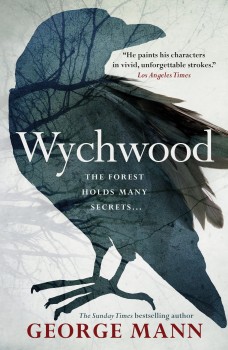 The sleepy Oxfordshire countryside is darkened by a series of macabre murders re-enacting an ancient legend.

Life isn’t too good for Elspeth Reeves. She’s broken up with her boyfriend and been made redundant from her job as a reporter. Ignoring her friends in London, she returns home to the peaceful Oxfordshire village of Wilsby-under-Wychwood to lick her wounds. But the rural idyll is shattered when Elspeth stumbles on a horrifying crime scene in the woods behind her mother’s house. A woman has been murdered in some form of bizarre ritual, wearing a cloak made of swan’s feathers and surrounded by dead crows.

Elspeth’s childhood friend Peter Shaw, now a detective sergeant, is at the scene, and he doesn’t seem averse to discussing the case with Elspeth, which gives her an in to the investigation. That turns out to be useful, as she’s hoping to sell a story on the murder to the local paper to help tide her over.

Something about the scene seems familiar, and Elspeth realises that there are echoes of an old story about the Carrion King, a legendary figure who is said to have murdered his acolytes deep in the heart of the Wychwood. At the same time, a local theatre company is putting on a play about the Carrion King and there is even someone researching a book about his activities. And naturally, the woman’s death is only the start of a much more up-to-date reign of terror …

Wychwood is an entertaining mix of chilling and cosy. Elspeth shadows DS Peter Shaw in his investigations in a way that can only happen if you are prepared to suspend disbelief when it comes to the role of the amateur sleuth in solving crimes. Apart from Peter, very few detectives make an appearance, and I was reminded of a more junior version of DCI Barnaby and his trusty sidekick trundling around the many villages of Midsomer in search of ever more bizarre crimes. Wilsby-under-Wychwood could very easily be renamed Midsomer Macabre! Elspeth’s background as a journalist does at least give her a good excuse for getting involved and she manages to insinuate herself into one crime scene after another with minimal problem, getting involved with a varied cast of characters.

The supernatural element of the crimes is distinctly downplayed, and I’d been hoping for something a little more overt, but there’s a strong element of local myth and legend to provide a few shivers. Elspeth and Peter make a good team, and look set to continue their partnership. The whodunit element isn’t likely to cause too much head-scratching, but that doesn’t detract from an engaging story of dark goings-on in the Oxfordshire countryside.