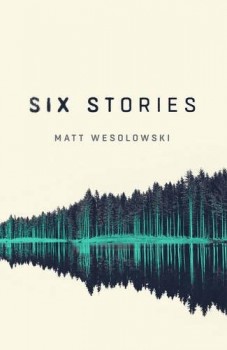 In 1996 teenager Tom Jeffries vanished from an Outward Bound centre. His body was found a year later. In 2017 in a series of podcasts investigative journalist Scott King attempts to discover what really happened.

In August 1996 a tight-knit group of five teenagers and two adults again congregated at the Woodlands Centre at Scarclaw Fell for a weekend of relaxation, being together and mostly enjoying the magnificent atmospheric nature surrounding the place, deep in the Northumberland wilderness and popular with hikers and climbers. Marshes, Neolithic grave sites and abandoned mine tunnels added to the dangerous attraction and mystery of the area.

The informal bigger group called the Rangers used to take the teenagers and younger children away from the city and its problems, such as bullying. But this time the trip didn’t bring fun and respite. Instead, 15-year old Tom Jeffries vanished, and his friends Charlie Armstrong, Eva Bickers, Anyu Kekkonen and Brian Mings couldn’t cope with the fall-out. The parents present that night were vilified in the press, and so was Haris Novak, the local man with learning difficulties who came in contact with the group.

A year later his body was found by Harry Saint Clement-Ramsay, whose father Lord Ramsay had bought the land soon after the incident. At the time, Harry with his two ‘city toffs’ friends ventured into the woods at night, equipped with dogs and guns to ‘lamp deer’ but really to discover the origins of a sinister local legend.

A verdict of misadventure was entered yet not everybody was convinced that it had been just an unfortunate freak accident and so accusations that Tom was killed flew freely.

In 2017 the elusive investigative journalist Scott King contacts several people touched by the death. He is already famous for his podcast examinations of complicated cases and for becoming a cult internet figure. King, wearing a mask to conceal his true identity, embarks on a project of interviewing six people in person, via Skype and on the phone.

His aim is to shine a light on past darkness and to tell the truth but not to draw conclusions of his own but for the listeners to decide what might have happened. As each interviewee recalls a different memory, which unveils a new revelation, the affected people don’t actually seem to remember much of the fateful night when the mysterious death occurred, apart from them being quite drunk and stoned. But as bits of information and little secrets appear, it’s still not clear who’s telling the truth and how the personalities and dynamics of the group influenced the power battles. However, they all try to deal with their angst and King’s method eventually delivers a devastating outcome.

Six Stories is a slim volume rich in nuances and filled with deep passion for folklore and myths. In this spooky and eerie debut Matt Wesolowski introduces a very interesting contemporary concept of narrative structure which keeps the readers on their toes to make them continuously check if they follow the story. His unique storytelling shows a great deal of understanding how young people might deal with secrets, unspoken feelings, unrequited love, fear of being an outcast and most importantly of a desperate desire to belong.