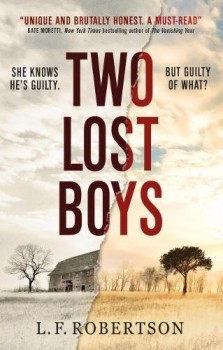 Marion ‘Andy’ Hardy is on death row for the rape and murder of two women. Janet Moodie is preparing a case to convince the courts that he doesn’t deserve to die.

Janet Moodie is a lawyer who has spent much of her career as a death row appeals attorney. After several years she is still coming to terms with the unexpected death of her partner, and lives a life of limited contact with others a few hours north of San Francisco. She is familiar with the tortuous and frequently disappointing appeals process, but nonetheless accepts another case.

Her client is Andy Hardy, convicted along with his brother Emory for the rape and murder of two women some 13 years before. Janet reads the records of the original trial from which it emerges that Andy’s lawyer failed to advance arguments on matters which may have influenced the outcome, in particular Andy’s low IQ and his brother’s more dominant personality.

With the help of investigator Dave Rothstein, Janet delves further into the background of the two brothers, who at the time of the trial were living with their mother Evie. She interviews several family members and eventually a picture emerges of violence and family dysfunction sufficient to substantiate pleadings, giving Andy a chance of avoiding the ultimate penalty.

Although a work of fiction, this book is informed by the author’s long experience at the same job as the protagonist. As well as the occasional revelatory discoveries there are hours and days of assembling facts and drafting court documents, frequent setbacks and the eccentricities of a creaking judicial system. There are no car chases and few unexpected twists and turns, but that is not to say that the book is devoid of interest.

Janet’s painstaking work shows that Andy has been the victim of factors which make him vulnerable: his low intelligence, the unwillingness of his near relations to put themselves at risk, a lawyer less than dedicated to his client’s interest and the pressure within the judicial system for a conviction regardless of the truth. As Andy’s background comes into sharper focus, it becomes evident that he never had much of a chance in life.

The details of the process are also interesting. It seems incongruous that after a short and defective initial judgement process, substantial resources are then devoted to years of review. State and federal courts fund investigations and the preparation of appeals in such cases, running into thousands of dollars. Presumably this reflects the diversity of opinion about criminal justice in the US or, to take a more cynical view, an efficient way to generate billable hours.

In any event, the book provides a thoughtful exploration of the background to abhorrent crimes. Without minimising the horror, the careful aggregation of witness statements convey a picture in which the culprit is hardly less unfortunate than the victims, a persuasive plea for a stay whatever you think of the death penalty.