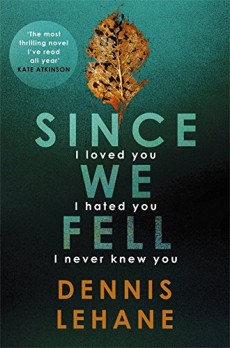 Rachel has only a vague memory of a father who left home when she was three, a desertion at the root of her vulnerability. She finds a man prepared to accept her problems, only to discover he is not what he purports to be.

Rachel was born of a mother of strong views and a fierce independence, who denies her daughter details of a father, James, whom she barely recalls. When her mother dies unexpectedly, Rachel seeks her father out but ultimately her need to make contact is denied, the basis of a mental fragility not immediately apparent.

Rachel makes rapid progress in TV journalism, marries a man similarly ambitious, and looks likely to make a breakthrough to national TV. This comes when she is sent to Haiti to cover a series of natural disasters. At first she does well, but following her inability to protect two young Haitian girls she falls apart on live TV.

Her career goes into freefall, as does her marriage and eventually her mental state. She becomes breathless and panicky when away from her Boston flat, and eventually becomes a virtual recluse. By some miracle, however, she re-establishes contact with Brian, a man who assisted her in her parental search. Brian seems to love her, and shows the understanding and patience needed to help her recover.

Brian claims to be a dealer in timber, a job which necessitates frequent absences from home. Rachel is making a rare trip into town and unexpectedly spots Brian there, when he claimed to be travelling overseas. Further investigation shows a pattern of lying. Will Rachel be crushed by her findings, or is this the encouragement she needs to get a grip on her life and stop playing the victim?

Dennis Lehane has a long list of bestsellers to his credit, and as we have come to expect with this author the story is told with great confidence, the dialogue is sharp and the action, when it comes, is gripping. I found some difficulty, however, with the structure of this book. The first part is necessary to establish understanding of Rachel’s mind and her vulnerability, but it seems both over-long and at the same time lacking in a crucial element of her experience, not revealed until the end.

The book then morphs from a psychological portrait into a thriller, arising (without giving too much away) from the final stages of a complex criminal conspiracy. Rachel is understandably aggrieved but seemingly not, as one would imagine, because she has been unwittingly entangled in a moral and existential dilemma, but merely because Brian has undermined her trust.

Lehane’s decision to make Rachel the focus is one which gives the reader a strong basis for empathy, and may work well if the book makes the transfer to screen, something which has been successful for many of his other stories. To me, however, the drama of the final stages is such as to relegate Rachel’s mental state to something of peripheral interest which, at best, makes for a rather unbalanced tale.