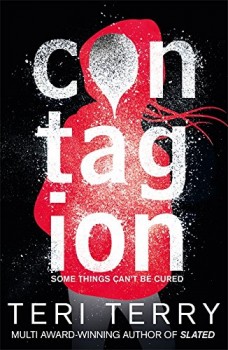 Eleven-year-old Callie Tanzer disappeared a year ago. Shay is the last person to have seen her alive. While a mysterious flu epidemic sweeps across Scotland, Shay and Callie’s older brother Kai continue the search for the missing girl.

Eleven-year-old Callie Tanzer has been missing for a year. Her brother Kai hasn’t given up hope of her being found alive, so when a girl contacts him to say she remembers seeing Callie a year ago, Kai is keen to hear what she has to say. Shay is sure she saw his missing sister and is able to describe both Callie and the man she saw taking her away in a car. As a result, the police are able to get a lead on the man’s identity, but this proves to be quite literally a dead end when he is discovered to have died of the virulent ‘Aberdeen flu’ that is sweeping across Scotland.

Despite that setback, Kai and Shay are determined to continue the hunt for Callie. What neither of them know is that Callie is very close to them indeed, and can see and hear everything they are doing, but they can’t see or hear her, because Callie is a ghost, tied to the world somehow after the horrific experiments she was subjected to in a secret facility on the Shetland Islands, which led to her death and the deaths of numerous others.

Contagion follows the growing relationship between 16-year-old Shay and Kai, two years older than her, as they search for – and finally connect with – Callie, while around them, the people of Scotland fall victim to the rapidly spreading infection for which there is no known cure. Teri Terry presents a bleak picture of villages filled with the dead and the dying, while other communities are quarantined and cut off from all outside help.

The internet is full of rumours, and Shay’s friend Iona is convinced that there is some sort of conspiracy going on, and when a shadowy military unit launches a search for survivors of the contagion, it looks like there is some truth in the theories doing the rounds online. Shay and Kai end up on the run, playing a dangerous game of cat and mouse across Scotland as they do their best to track down the man responsible for Callie’s death – the man who might be able to tell them the truth about the disease from which almost no one recovers.

Contagion, the first book in the Dark Matter trilogy, both sets the scene for things to come and provides a riveting adventure in its own right, although there are no answers as yet, just a series of tantalising questions. Terry’s narrative is brisk, swapping points of view in rapid succession between Shay and Callie, in a series of moves that push the story at a satisfyingly fast pace. There’s a strong sense of place, with the bleak Scottish landscapes a fitting counterpoint to the descriptions of the dead and the dying. I’ve always been a fan of apocalypse scenarios and Contagion certainly doesn’t disappoint.