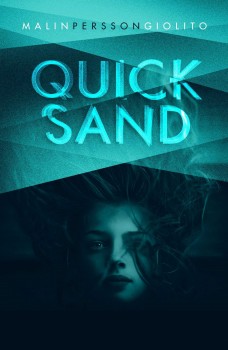 Rich teenager Maja Norberg is accused of killing four students and a teacher at school. As the trial starts, the prosecutor and the defender battle to prove their points. But is she is a cold-blooded murderer, or a girl who lost her way?

Eighteen-year-old Maja Norberg has spent nine months in custody (the first seven months at the juvenile detention centre, then at the women's jail) to show the public that she wasn't given any special privileges after being accused of shooting five people at school. She was kept in complete isolation and refused contact with her parents and younger sister.

At the time of the shooting a cross-section of modern Swedish society was represented in the classroom. People who don't usually hang out together: left-leaning practical teacher Christer, a self-described social activist; Dennis from Uganda, foster kid, notorious for selling drugs, and not fitting into the class of well-off kids; Samir, son of immigrants from the Middle East, an intelligent eager foreign correspondent in the making; dramatic, silly, theatrical and superficial Amanda, Maja’s best friend; and Maja’s boyfriend Sebastian, the charismatic, troubled no-limits son of the richest man in Sweden, Claes Fagerman.

Now at the beginning of a three-week trial Maja goes into painful details of her personal life, to work out how guilty she really is. She’s a popular and good student from Djursholm, the affluent part of Stockholm, and remembers little details of her obsessive love for Sebastian, her relationship with Samir, excessive parties and desperate feelings of betraying everyone, losing herself in the life filled with drugs and quick pleasures, and against the bullying stance of Sebastian’s father.

She seems lost in the world where no one wants confrontation, especially against completely unacceptable behaviour of those who are rich and hence more powerful, influential and reckless. She can’t understand why Sebastian chose her but this makes her unique and famous by association and ultimately completely responsible for his behaviour.

Her wealthy parents arrange for a star criminal lawyer Peder Sander to defend their daughter. The big shot orders a separate investigation into the mass shooting. But from the very first moment when the news broke Maja has been vilified by the media and victims’ families, as she was the only one unharmed, and not dead. The forensic evidence suggests that she should be found guilty of multiple killings, and so she’s hated by the whole nation, and most of all by the prosecutor Lena Pärsson, portrayed as the figure of law, and devoid of emotions.

Malin Persson Giolito weaves two styles throughout the story: emotional adolescent musings of a spoilt, out of touch with reality rich kid, and the clinical bored observations from the trial.

Quicksand, an insightful psychological study and a courtroom drama with a difference, was the best crime novel in 2016 in Sweden. It’s Persson Giolito’s fourth book, but the first to be published in the UK, brilliantly translated by Rachel Wilson-Broyles.

It draws on the author’s professional experience as a lawyer working for the biggest law firm in the Nordic region. Her use of legalese isn't excessive, just enough to enable readers to follow the proceedings. As Maja describes each day at the court, she finds it incredibly boring, partly because she has lived through the shooting, the investigation, endless interrogations, and hours of preparations for the trial. Also, she’s been trying to remain a detached outsider which could be interpreted as coping mechanisms to allow her to survive constant scrutiny. Or maybe it’s her personality. Read and decide.