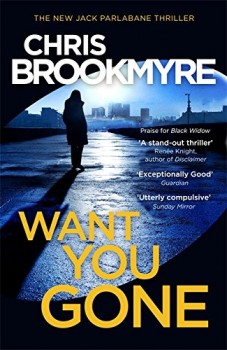 No sooner has reporter Jack Parlabane landed his dream job than he finds himself blackmailed into helping a hacker steal a mysterious prototype from the research and development lab of a company with an equally mysterious history.

Just as Jack Parlabane’s journalistic career looks to be getting back on track, an infamous hacker known as Buzzkill threatens to inform his new employers about his very shady past unless he agrees to help her steal a prototype from a company’s HQ in London. Synergis, the company in question, has its own shady past: a mysterious founder no one has ever seen in person, and an entrepreneur benefactor who seems to be sinking money in when the popular opinion is that he should cut and run.

Jack is stuck between a rock and a hard place, and agrees to help. It soon becomes clear that breaking into an ultra-secure research and development facility is going to require all his skills and then some, but the hacker he’s unwillingly teamed up with has some unique skills of her own, not to mention secrets. Jack quickly finds himself embroiled in industrial espionage, fraud and old fashioned back-stabbing, as one half of an unlikely team, up against the shadiest businessmen, their orders coming from the darkest quarters of the internet.

This is Chris Brookmyre on top form. Want You Gone is a thrilling mix of real life heist and online mind games, and he slowly winds his main characters – the unsinkable Jack Parlabane and Sam Morpeth, a young woman who is as much his equal as his kryptonite – in a tightly plotted web of lies, deception and deceit. As is expected from Brookmyre, red-herrings, road blocks and unexpected corpses litter the dangerous path out of the mess Jack and Sam find themselves in, bound together by past misdemeanours and a misunderstood connection.

Parlabane has always been a spiky sort of reluctant hero, usually doing the right thing for all the wrong reasons. His career as a journalist has been a rollercoaster ride from the beginning and this book, set as it is during a rare uphill climb, makes it all the more compelling; putting you, the reader, 100 per cent on his side despite previous missteps and questionable decisions. In order to play this risky game against such dangerous people, he’s forced into actions far out of his comfort zone, actions with consequences which could outlast Jack himself.

For Brookmyre fans, this is a must-read. For anyone new to his particular style of thriller, it’s definitely a great introduction to one of my favourite anti-heroes.