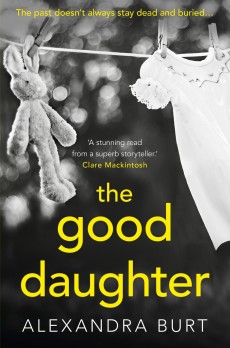 Dahlia came home to uncover the truth about her childhood, but wasn’t expecting to find a woman buried in the woods.

Aella, despite her wisdom and visions, is an outsider in Aurora. The last thing she wants the townsfolk knowing is that she has let the travellers camp on her land overnight. But when the travellers move on, she lets one of them stay – Tain, a heavily pregnant girl.

Quinn loves cooking for her father, until she meets her stepmother, Sigrid. She learns there is more to life than food, and taking a lover becomes an obsession. But what starts as a journey of ecstasy, ends in brutal rape.

Dahlia has come home to Aurora after a lifetime of displaced, hand-to-mouth living. She wants Memphis, her mother, to explain why her schooldays started years after everyone else. Why she never had a birth certificate, a social security number, or even her inoculation papers. Why her name changed from Pet to Dahlia. Why they moved around America, living like nomads, and the back of the car and the aging encyclopaedia were the only constants throughout her childhood.

But Memphis keeps crickets in a jar. She is losing her mind and spinning unlikely tales. It is unlikely Dahlia will sort fact from fiction. Then Dahlia finds a woman in the woods. Buried, almost dead, a Jane Doe. Another unanswered question.

I love a combination of suspense and family dynamics, so was looking forward to reading The Good Daughter, just from the name and the hook-line which posed the question, what if you were the worst crime your mother ever committed? And a sub-plot of a Jane Doe made it potentially even more intriguing.

Each chapter is devoted to one of the major characters: Dahlia, Aella, Quinn, and later, Memphis. While Dahlia is written in the first person present tense, the others are written in the third person past tense, which is a subtle indication of chronology, and an early indicator of the plot progression. Unfortunately, the tense and point of view change, along with a lack of backstory, also gave the main secret away from early on. Twists and surprises fell flat, and the only mystery was the inclusion of the Jane Doe story, as it never truly led anywhere.

The main characters are well developed, although I found it hard to like Quinn, let alone root for her. Be warned – her rape scene is graphic, and referred to regularly. Quinn’s relationships with her husband and Tain, whilst sad, are questionable. Although her extreme actions, whilst in keeping with her fragile mind, are unsurprising, I can’t believe they go unnoticed for so many years. The difficult relationship between Dahlia and Memphis is well portrayed. And Memphis’ descent into a dark place is convincing.

Alexandra Burt’s writing style is appealing; it is a combination of uncomplicated syntax with almost poetic observation. It’s great for description and the dark atmosphere of this book, along with its underlying note of despair. However, it does not make this book a fast-paced read. And at times, as much as I liked the style, it felt as if the author’s pen had run away with her with quite a few unnecessary chapters, sub-plots and repetitions of events.

The story is on the edge of muddied and confused, as if the author couldn’t decide if she was writing a crime story, a supernatural tale, a family saga or something else. If Burt had kept the sub-plots to a minimum, The Good Daughter would have had more cohesion and better pacing.

Although I have mixed feelings about this book, it is a fascinating read for those who like a lot going on, and Burt is certainly an author I would turn to again.