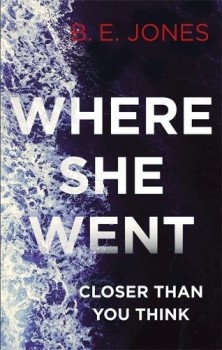 TV journalist Melanie Black wakes up in bed next to a man she doesn’t know. And that’s not the least of her problems. She then realises that she’s dead.

When TV journalist Melanie Black wakes up in bed next to a man she doesn’t know, her first thought is to wonder how the hell she ended up there, and her second is to wonder why the man is completely ignoring her. The situation gets even more bizarre when a woman, who appears to be his wife, walks in with a cup of tea for him and also ignores Melanie.

Gradually, the awful truth dawns on her. No one can see her because she’s dead. But she doesn’t know how, where or why she died. Her memories are still fragmentary and everything seems horribly surreal. She doesn’t know whether the man is her murderer or not, although the fact that she seems inextricably tied to him seems a strong pointer that he is the guilty party.

Her death is all over the news, which conforms her suspicions, but the police investigation seems to be going nowhere fast so she’s dependent on the return of her own memories of events. Gradually Melanie is able to fill in some of the gaps, but other things still remain tantalisingly out of her grasp.

It’s rare for someone to be able to come up with an eye-catching twist in crime fiction, but former journalist and police press officer BE Jones has managed it. I was hooked from the start by the idea of a dead woman watching the investigation into her death gradually unfold.

Melanie’s ghost is inextricably entwined with the lives of both the man she believes is responsible for her death and that of his down-trodden wife. Peter is very much the head of the household. He’s controlling and domineering, insisting that everything in the house is done just the way he wants it done. His wife Eve is not allowed a mobile phone, nor is she allowed to contact her elderly, infirm mother. Her mileage on the car is checked and Peter insists on knowing where she is every moment of the day.

Melanie narrates the story herself. We see the world through her eyes and are privy to her thoughts. There is a cleverly inbuilt element of unreliable narrator here as her own understanding of what has happened is patchy and for a long time, she’s unable to recall the exact circumstances of her death. Jones pulls off the difficult trick of making Melanie’s continued existence as a ghost seem entirely believable. Her journey towards the final truth is fascinating, as are her developing powers to influence and affect those around her. There is nothing as unsubtle as a Dickensian rattle of chains, but Melanie’s methods are equally chilling.

Jones writes well. My perceptions of all the characters shifted like soft sand on a beach as she led me first in one direction and then in another. Where She Went is built on an unusual premise that is handled with consummate style. I do love a good ghost story, and this is very good indeed. The much over-use term psychological thriller is certainly not out of place in this context, which makes a nice change.