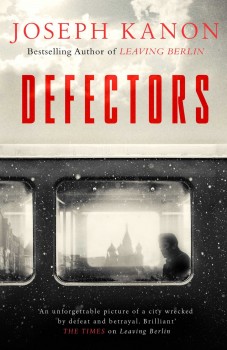 It is 1961 and Simon Weeks, head of booksellers Keating & Sons, leaves for Moscow to meet his defector brother Frank, who has asked him to publish his memoirs.

Simon Weeks had never understood why his brother Frank, formerly of the CIA, had decided to betray the United States and throw in his lot with the Soviet Union. He had always known that his brother was something of a rebel and that he had, for example, ideals which had driven him to involve himself in the Spanish Civil War, but his decision to defect had come as a shock. The subsequent search for other possible traitors within the State Department had forced Simon to resign and left him with a feeling of betrayal because, as well as being brothers, Frank and Simon had been best friends.

Simon is now head of booksellers Keating & Sons, and Frank has asked him to publish his memoirs. Simon leaves for Moscow and takes with him a copy of the proof of the book, on which he has made copious notes. He is briefed by a CIA man before he goes but does not disclose the notes he has made.

The backstory is introduced in the first chapter almost incidentally, but with considerable skill. We learn that Frank and his wife Jo had had a son who died young and that Simon’s wife Diana was frequently unfaithful. He, in turn, had had an affair with Jo. We are introduced to other defectors from the West, including, among others, Gareth Jones, Perry Soames and – presumably in an attempt to introduce realism – Guy Burgess. It has to be said, however, that on the whole they do not make any significant contribution to the plot.

It soon becomes obvious to Simon, who is very acute, that Frank has an ulterior motive in wanting his brother to be in Moscow. He sees that the finalisation of the book is comparatively unimportant and when Frank discloses his plan its publication becomes entirely irrelevant.

The plan itself is daring and Simon is by no means convinced that it can work.  Moreover, he is all too aware that if it doesn’t his life will be in danger. However, he reluctantly decides to go along with it, largely because of Jo who he feels deserves a better life than the one she is currently living. It is only gradually that he begins to see serious flaws in the plan – flaws which he would have expected his brother to recognise.

The plan is excessively complicated, so much so that the reader has to pay careful attention and sometimes to re-read in order to understand what Frank is trying to do. There are clues but they are allusive and even elusive. The important thing, however, is that Simon gradually begins to realise that things are not as they seem. This slow realisation is at the heart of the novel but it has to be said that it takes a considerable amount of time and the reader could be forgiven a certain impatience as it plays out.

Just when it seems that the novel is going to drift to a close, we suddenly find that it becomes packed with action. Speed becomes of the essence as the long-promised plan finally takes place.

We are left to reflect upon what had appeared to be a loving relationship between two brothers, torn apart by what might be regarded as politics. That is only superficially correct, however, because what really drives Frank is not Communism or any other strong belief, but a desire to stand out from the crowd, to be regarded as important.