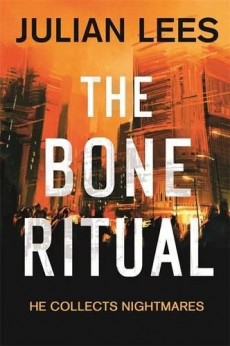 Inspector Ruud Pujasumatra has to contend with a brutal serial killer, the visit of an old friend and his mother-in-law’s constant attempts to embarrass him.

A woman is brutally murdered in a Jakarta slum. She’s been choked to dead, her left hand has been amputated and a mah-jong tile has been stuffed into her throat. Inspector Ruud Pujasumatra is called to the crime scene and has to make sense of the killer’s actions.

This is only the start. A second body turns up amidst rubbish bins and Ruud’s superiors want results that he can’t deliver. There’s a link between the women, he’s certain of it, but the connection – and the murderer – is determined to stay just out of reach.

Ruud has more than just a murderer on a baffling killing spree to contend with. His wife has left him for another man, but his mother-in-law is still turning up with food parcels, and seems determined to embarrass him in the office in front of his colleagues. But on the brighter side of his life, an old friend has arrived from Amsterdam. Imka Sneider’s aunt has been commissioned to paint a portrait of the president of Indonesia, who is flying them over, complete with Imke’s pet dog, and is determined to treat them to a lavish standard of living during their stay.

Imke’s aunt Erica is flamboyant, outrageous and largely oblivious to anything outside of her immediate sphere of interest. The writing seems over the top at times when it comes to Erica and her innate ability to cause havoc wherever she goes, but then Erica comes alive in Julian Lees’ hands and her embarrassing asides add light and amusement to a plot that at times threatens to be unrelentingly dark.

As the killings progress, Ruud becomes convinced that there’s a connection to the time, 15 years ago, when Imke and her family lived in Jakarta. Family is an important theme in the book and, with the aid of some clever red herrings, Lees maintains both tension and interest and does an excellent job of bringing Indonesia and its capital to life.

Serial killers are not usually my bag, but I liked The Bone Ritual a lot. Lees brings the setting to life without descending into Rough Guide to Indonesia style. The sparing use of some local words helps set the scene but never feels heavy handed or jarring. Ruud’s colleagues are an entertaining bunch and it’s interesting to see the investigations into the murders progress without the same resources that seem readily available in the average UK or US police procedural. Fingerprint analysis is a luxury that Ruud can rarely justify.

I will admit to having spent a large part of the book worrying about Kiki the dog, but Lees doesn’t go for cheap emotional punches. Instead he weaves a darkly compelling tale of family secrets, lies and murder. Whilst the reader is at times privy to the thoughts and feelings of the killer, the identity is neatly concealed and the final reveals, when they come, are deftly handled. The Bone Ritual is something of a slow burn, but once it hits its stride, there’s no looking back, until the past is forced to give up its secrets.