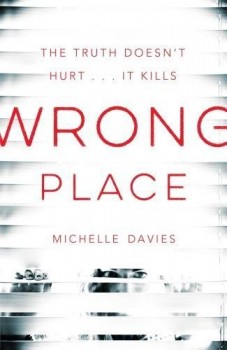 DC Maggie Neville has to juggle two roles and two cases - an attempted murder/suicide, and a serious assault on an elderly lady - until the investigations begin to intertwine, and lead to echoes of a missing person from 16 years before.

This is DC Maggie Neville’s second outing. She has many problems as this tale begins - her lover, a DCI, has abandoned her and she supports her dysfunctional sister and family in the little free time she has. She is also struggling to work with DS Anna Renshaw who seems to go out of her way to emphasise that since her recent promotion, Anna is the superior officer to Maggie.

The two colleagues are working on a series of distraction burglaries on elderly people by a young couple, given the soubriquet ‘the Con Couple’ by the local press. The latest attack is much more violent, and the victim has been seriously injured. Maggie becomes the family liaison officer to the victim, Sadie, and her granddaughter, Della. Della is a delicate woman, who seems to feel that the world is against her, having been abandoned as a toddler by her mother. A second case involves an attempted murder/suicide by a local man; his wife Eleanor has been stabbed, and he has taken an overdose. Again, Maggie is assigned as FLO to Eleanor.

Evidence starts to suggest that neither crime is as simple as it appears, and Maggie has her work cut out to persuade her colleagues that they need to look more deeply into both cases.  She starts to work with DI Deborah Green and they work well together.

The difficult role of FLO is brought out in this book - where the police officer concerned is, and to the family members, both intruding and trying to help. The setting is urban Buckinghamshire and in this instance, the location contributes little to the story.

I found this book to be a routine police procedural. It was unengaging and it took me time to become involved in the story, though the final few chapters are pacey as the criminals are finally apprehended, with several twists before the story plays out.