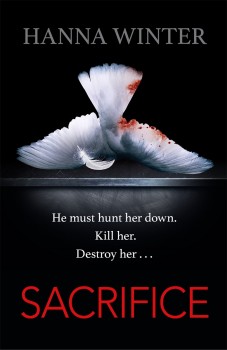 When Lena Peters is called in to profile a serial killer in Berlin, the resentment is palpable – both from the police on the team and the killer.

Criminal psychologist Lena Peters makes a bad first impression when she lashes out at the man lurking in her garden. It turns out he is her new boss, Volker Drescher, the man who had brought her in to profile the serial killer busy mutilating Berlin women. Her first impression at work goes no better; she is late for her first day. Tension runs high in the office when Lena argues most of the theories about a person of interest. But at least some of the team shows grudging respect for her input during their briefing.

Pandemonium breaks out just as the team is leaving the room; the killer has attacked again, but this time the victim is alive. Against her better judgement, Lena rushes to the hospital and interviews the woman. She gleans some information, but the woman is hysterical and Lena is asked to leave. By the next day, the woman is dead. Has Lena enough to go on to make a profile? And why was she not told she is not the first profiler to work on this case?

Apart from Scandinavian crime stories, I am not normally a lover of translated books; I believe there is either a real risk of author voice-change or a lack of understanding in the cultural quirks. Moreover, experience has left me with an impression that foreign often means flowery and oozing purple prose. However, having recently read a French crime story, which I thoroughly enjoyed, I decided to be open-minded.

Sacrifice, in its favour, contains nothing that would test my lack of knowledge of German culture, and neither does it have a plethora of purple prose. I also have the feeling the voice has not unduly changed. Unfortunately, this last point is not a compliment.

The story is written in the third person, with chapters shifting between Lena, her side-kick, the killer and other characters, and moves forward, in some ways, at a reasonable pace. However, there is a surfeit of ‘tell’ and little ‘show’, which left me distanced from the story.

I had no sense of place. While I don’t want a geography lesson every time I open a book, I do like to feel I have travelled to the milieu of a story, and that the author has used my senses to do so. I have no more feel about Berlin than before I opened the book, and the scenes where Lena was in Edinburgh smacked of the author having visited the city on the internet.

The main and major characters are as original as a picture of Santa wearing red and sporting a long, white beard. I am fast losing my patience with feisty protagonist psychologists/psychiatrists who carry the emotional baggage of childhood traumas. Are there no normal people out there? And while I understand this is the first in the Lena Peters series and the reader needs to get to know her, so much clunking backstory makes the writing, at best, naïve and at worst, comical.

As for Lena Peters being an exceptional criminal psychologist, her introspections along with her supposedly superior knowledge, observations and questioning style are straight out of Psychology for Dummies. Nothing impressed me about her. I certainly didn’t feel I was on a voyage of discovery about criminal psychology let alone serial killers. Furthermore, the serial killer, along with his motivation and behaviour, was a parody. Any self-respecting serial killer would be so insulted at being tarred with the same brush as this person that he would tell this criminal to give up his seedy day job and get a life.

Finally, although I rarely comment on the title of a book as it has little bearing once I have started reading, there is a degree of duping in the title Sacrifice and its hook line. I was expecting suspense and real fear for the protagonist. But there were so many conveniences and so much clumsy foreshadowing that my pulse never moved from its resting rate.

This book was too superficial and naïve for me. But for readers who want an easy, fast read, a little bit of gore, and don’t have a penchant for a profound journey into the minds of criminals and psychologists, Sacrifice will undoubtedly satisfy. And I am certain, with the number of loose ends left dangling, there will be plenty to follow.