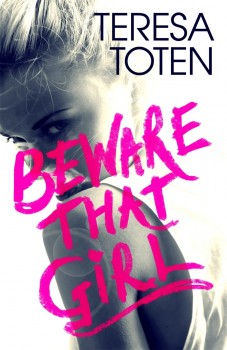 Olivia is rich, well-connected and lives a life of luxury. She has everything that Kate aspires to. To meet her goals, Kate needs to get close to Olivia. But can Kate be trusted?

Kate O’Brien has had one goal in life for ages and that’s to get into Yale University. She’s already obtained a prestigious scholarship to the elite Waverly school, where the children of the rich and the famous have been going for generations. But Kate isn’t rich, and her background is a closely guarded secret, known only to her and two members of staff at the school.

Everything Kate does in life is designed to feather her own nest, She’s living in a rundown room in New York’s Chinatown, working in the market there to support herself as well as taking on paid admin work in the school office to help make ends meet. But Kate isn’t intending to stay there for long. She sets her sights on Olivia Sumner, the daughter of a wealthy lawyer who spends more time out of the country than he does at home with his daughter.

Olivia is on medication for numerous mental health issues, which results in her feeling deeply disassociated from life, and is prey to various anxiety-related disorders. She soon falls under the spell of charming, streetwise Kate, and invites her to live in the plush penthouse flat, and be looked after by the family’s eastern European housekeeper, Anka. Kate is certain she’s fallen on her feet, but isn’t expecting her carefully-laid plans as well as her comfortable existence to come under threat from the superficially charming Mark Redkin, who’s been brought in to run Waverly’s fund-raising campaign.

Beware That Girl is an accomplished young adult psychological suspense thriller that reeled me in, hook, line and sinker from its tantalisingly ambiguous prologue to its chilling, wholly fitting ending. I will admit to normally not being a fan of the current crop of psychological thrillers, as there’s only so many unfaithful husbands/wives, missing/swapped sprogs and dark family secrets that I can take without feeling like I’ve read it all before. But this book had me from the beginning and didn’t let go, which is a not uncommon reaction of mine to anything out of the increasing excellent Hot Key Books stable, the teen/YA imprint of Bonnier Publishing Group.

The characters are one of the book’s huge selling points. Kate is a manipulative liar who always puts herself first. Olivia is a spoilt little rich girl who thinks money can buy anything, including friendship. But despite all their not inconsiderable flaws, these are two very real 18-year-olds, and I couldn’t dislike either of them, no matter how hard I tried! As Kate’s story gradually came out, the short flashbacks to the abuse she suffered at the hands of her brutal, psychopathic father became more intense, but not in any graphic sense. Teresa Toten is adept at conveying the full horror of a situation by small, almost incidental details. In the same way, the part Mark Redkin plays in the story builds gradually, and is all the more chilling for that.

Beware That Girl is subtle, cleverly constructed and beautifully written. I desperately wanted both Kate and Olivia to come out of their problems unscathed even though that seemed a very tall order at times. This is a psychological thriller of the highest order.