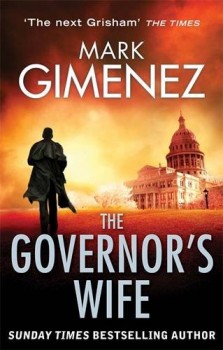 Bode Bonner, Governor of Texas, has become a self-satisfied and cynical politician. His wife has retained her caring side and takes an opportunity to get involved in a medical enterprise on the Mexican border. The two lifestyles inevitably collide with devastating consequences.

The governor of Texas, Bode Bonner, has fallen prey to the hype of his advisors, and lost contact with his roots. He sends his wife on a visit to the lawless border country between Texas and Mexico, only to find that she has taken up an opportunity to work in a medical centre there.

In his work in Texas the governor has to tackle problems caused by Mexicans who cross the border to better their lives. In some cases this means that they are involved in the drug trade, growing marijuana on illegal farms in the wilds of Texas, for example. His wife meanwhile gets to understand the reality of the poverty of those who live on the border, the lack of facilities, particularly in the no-man’s land between the borders.

They co-exist with these parallel lives until the day that Bode shoots dead three Mexican youths, one of which happens to be the son of the leader of the largest drugs cartel. With a contract out on the governor’s life, his wife is now not safe working in the border lands. The story runs its course with a violent conclusion.

It is tempting for a reader based in the UK to assume that both the characters and the place descriptions are all stereotypical of 'larger than life' Texas. However, recent national newspaper articles appear to confirm the images as real. So if the descriptions of the area are true then they are certainly helpful in engendering an understanding of the plight and attitudes of the people in the area, both the Mexicans and US politicians. They shed light on reasons why some Mexicans will live in such poverty for example and will take such risks to get their children US citizenship by birth, or to find work and opportunity for themselves in the USA. They also shed light on those who are manipulated by crooks, associated with the drug trade – who also incidentally may see themselves as a force for good in the area. In that sense the story raises some very difficult issues.

The writing throughout is very fluent and the dialogue is natural and appropriate to each character, although it is not always easy to work out who is talking. The slower first half of the book creates a rather depressing atmosphere and indeed this is not a happy story despite the author’s best efforts to tell it as a love story with an attempt to have an ending that makes everything right. The second half of the book contains much more action and generally moves much faster. The structure is interesting with effective techniques used to keep abreast of all the different elements of the story. Overall it is refreshing to read a novel based in such an unfamiliar area and to come away feeling informed, if rather unsettled.