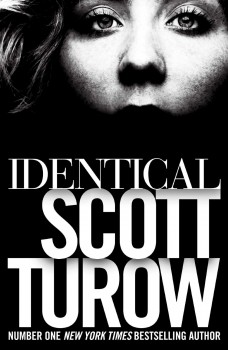 A girl is murdered; her boyfriend confesses to the crime and spends twenty-five years in jail, but questions remain unanswered.

The book opens with events immediately prior to a death in 1982, which comes to haunt the families involved at a Labour Day party held by Zeus, a rich Greek. His badly behaved daughter Dita is there, and her boyfriend Cass, who is besotted with her. Cass’s twin brother Paul and their mother Lidia are also in attendance, determined to do what they can to prise the couple apart.

The story then jumps ahead to 2008 and the revelation that Cass confessed to killing Dita on the night of the party and has spent 25 years in jail for it. Paul is now majority leader in the state senate, and running for mayor. But Hal, Zeus’ son, is still bitter about his sister’s murder. He objects to Cass’s release from jail, and when he is thwarted in this, publicly accuses Paul of complicity in the death. Paul decides to sue, but the impact on his election campaign is unlikely to be positive.

Much of the book is told from the perspectives of Evon, an ex-FBI officer, and Tim, an ex-cop who was called in to assist with the initial investigation on behalf of Zeus, and at the age of 82 still has an interest in the case. Both are employed by Hal to get the goods on Paul, but to do that they need to understand the murder, which has several features which have never been satisfactorily explained. Turow gives the pair plenty of background and both emerge as interesting characters in their own right.

As with Turow’s previous books, a sizeable cast list and an unfamiliar subculture - here Greek - are introduced smoothly in a way that makes it easy to absorb the context of the action. Despite the fact that the behaviour and speech is in many ways strange to a British reader, Turow creates a convincing picture, with characters whose motivation is satisfactorily explained. Where Identical represents a break from his past work is in the relatively minor role played by legal activity, although there is some of the courtroom action which made many of his earlier books so entertaining.

Without giving away too much, the unusual features of Identical centre on current developments in DNA testing, or at least the state of the art in 2008, with particular reference to twins. This highly technical but fascinating science assists the protagonists Tim and Evon in their investigations and, as in all good crime novels, the true story is revealed piece by piece and not entirely told until the final pages. There is plenty here to enjoy, whether you are familiar with Turow’s previous books or not. The skills of an accomplished raconteur are well in evidence.