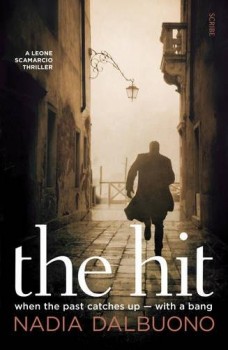 A television executive and his family are involved in a car accident. But things are not necessarily what they seem.

A very successful television executive has arranged to take his wife and young son on a holiday. A pre-booked car and driver pick them up and they head to the coast. On the way, when they are on the main highway, another car slams into them at high speed.

Although they all survive the crash, the son suffers a broken arm and is taken away, with his mother, from the scene of the accident in what appears to be an ambulance. But on reflection the husband/father begins to think that everything happened just that bit too smoothly. Who called the ambulance. for example? Sometime later he receives a ransom demand and begins to sink into depression. Inspector Scamarcio is assigned the case and begins to search for clues.

The notable feature of this book is the way in which there is no pause for breath in the action; no leisurely reflection on the people or the surroundings – the pace is relentless. This is not to say that the pictures of the people and the places are not drawn. There are tiny pieces of really lovely description spread throughout the book: a battered plastic chair bleached by the sun, and the old men of the village sitting outside the bar, arguing. These are just two examples that are so evocative of the heat of Sicily.

Similarly, there are tiny bits of history and myth interspersed across the text: Scamarcio driving through areas of Sicily, reliving the Mafia wars of the past; passing through a town actually referred to by Homer in The Odyssey; references to Tiberius throwing his subjects from a cliff. They all conjure up the rich history of Italy. The author often describes places in this way through the action of others. When Scamarcio is searching an office building he hears the heavy front door release then swing back shut with a thud several floors below him. This provides an immediate sense of the building itself.

The characters, too, are well drawn: the relentless demise of the husband/father of the kidnap victims; the untidiness, even squalor, of the apartment of one of the women in the story, which contrasts so well with her manicured outward appearance; the ex-Mafia boss living out his retirement as just a vulnerable old man. All these characters have depth, as does the character of Inspector Scamarcio who continues as ever in his somewhat unhappy state.

The plot is very complicated with a large number of leads for Scamarcio to follow, alternating between his own patch in Rome and the area of his youth in Sicily. The suspense builds and builds, but once the kidnap part of the plot is resolved, there are then numerous loose ends that are outstanding. In a way, the necessary resolution of all these loose ends detracts from the main story and results in an ending that becomes rather flat.

Overall, though, this is a fast-moving and complicated story which presents another good challenge for Inspector Scamarcio. It is one of those books that is difficult to put down once started.