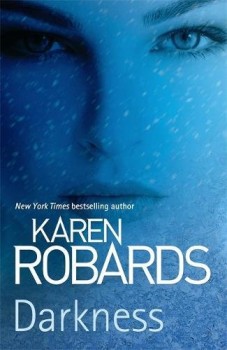 Gina watches in horror as a plane explodes and debris crashes into the icy water around her. But her nightmare has only just begun.

Cal’s latest mission is to get a double-dealing computer hacker out of Kazakhstan. The hacker’s release and repatriation is imperative as he holds the answer to an unsolved plane crash from the year before. Everything goes well until, on the flight home, something goes terribly wrong.

Dr Gina Sullivan, renowned ornithologist, is in her boat, far from the rest of her group on Attu Island, off the coast of Alaska. A storm is setting in, but she has just released two eagles, and wants to see they fly off safely. What she witnesses, moments later, is a plane losing height. It explodes. Debris rains down. Body parts float past. Then she spots a man in the water. He is barely alive, but she manages to save him, and get him safely in her tent as the storm cuts them off from the rest of the island.

But who is this man with a bullet hole in his abdomen? How can Gina trust a man who throws her only line of contact with the rest of her group into the sea and who won’t even let Gina use her flashlight in the tent.

My mother introduced me to the romantic rhriller genre half a lifetime ago with Daphne Du Maurier’s Rebecca. From that day on, I have always had a soft spot for that heady combination of suspense and romance. Sometimes I swing towards thrill with a bit of romance, other times it is romance with a bit of thrill. My only exigency is that the story be believable.

The beginning of Darkness stretches believability, using a shocking opener and a world-impacting threat as the overall enemy. That alone would not be a problem, but it reads as if the author didn’t know enough about the subject, and glossed over detail. However, I pushed on and will say there were parts of the story where Gina and Cal’s fight for survival were satisfyingly intense without being implausible. The emphasis is on parts, because much of the story is far-fetched.

The early part of the story relies too much on melodrama. The author would have sucked me in far more if Gina had not been in stuck in the middle of the rainfall of plane debris, and had seen the ‘accident’ from further away. Realistically, would she have come out of that alive and uninjured? And all the drama of saving Cal, who had been shot and exposed to the icy water, felt like a waste of reading time when within five minutes of being in the tent, he is back to being iron-man with visible hots for his saviour.

There are also moments where Robard’s opinion leaps from the page, and other moments where I just wondered if the author had thought a sentence through. Although I won’t quote word for word, I feel incensed enough to give one example. Gina had lost her husband and almost her entire family in a plane crash. If that had happened to me, I wouldn’t be thinking about that traumatic event as ‘all those years ago,’ when all those years was five. I would probably still be in therapy.

Now to the inevitable romance bit and sex scenes. I would have believed Gina’s initial interest in Cal more if the author hadn’t laid it on quite so much about her hero’s physique, and left it that the poor woman hadn’t had a good time for ages. There was more than enough testosterone evident from his actions; the reader doesn’t need to see it oozing out of every muscle in Cal’s highly-toned body as justification for Gina being turned on. About the major sex scene: I know they are hard to write, and harder to get right, but this felt like a cliché-dump and because of that, it was dull, awkward and far too long.

Cal’s and particularly Gina’s voices are somewhat generic. Worse still, at times, their introspections and words are flagged up as inconsistent with their characters or earlier dialogue. For that and the rest of above, I came away with the impression that the story was written to a formula, where only the names and milieu had been changed. When I read the author’s biography afterwards and discovered she has written over 40 romantic suspense novels, I was not surprised.

That said, if you are looking for lightweight, pure escapism, this is an easy read with a few thrills and not too much dark with a fascinating and well-described backdrop. Rebecca, it is not.