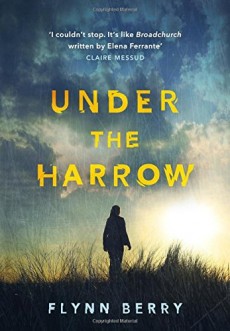 Nora is expecting a home-cooked dinner with her sister. That will never happen again.

When Nora steps off the train, she is a little surprised her sister, Rachel, is not there to greet her. Neither does she spot her on the walk from the station to Rachel’s house on the edge of an Oxfordshire village. Rachel must be home, cooking dinner. Or still at work at the John Radcliffe, where she is a nurse.

The first thing Nora sees when she gets to Rachel’s house is her sister’s dog, hanging from the bannister. The next thing she sees shatters her world in a thousand pieces. Her sister, dead, from multiple stab wounds.

From that moment, a need to find Rachel’s killer grows in Nora. It surpasses even her fear of the nameless, faceless danger out there. But as hours become days become weeks, the investigation will dwindle to nothing, just like before. Only Nora’s obsession can uncover the truth.

I generally love stories written in the present tense and from the first person point of view; the immediacy and intimacy draw me in. Those qualities vastly outweigh the inevitable limit to introspections and knowledge of what the other characters are up to away from the protagonist. Under The Harrow was no exception in this respect. Moreover, Nora’s increasingly obsessive behaviour meant that there was much introspection and questioning, which compensated for the one-sidedness of a story written in this form.

However, while I found the syntax and restless, insistent prose fresh and fascinating at first, in the end I found it distracting. It was rather like a catchy song that eventually grows old. Of course, Berry’s writing style for this book fits perfectly with a woman suffering with, effectively, PTSD. For me, however, although less obvious before she discovers her sister’s body, the singular syntax and introspection writing-style is there from the first page. I kept wondering if Nora was a person with Asperger syndrome.

With a limited point of view, it is never as easy to develop the secondary characters in a story; the reader can only glean knowledge from that which the protagonist sees, feels or experiences. But it can be done, and unfortunately, I didn’t feel this was fully exploited here. The interaction with the other characters was so sporadic and wrapped up in Nora’s thoughts that it was like looking at them through a misted window. And although Berry teased us with certain revelations about each of the characters, at the end of the book I wondered why; most of them led nowhere and didn’t do enough to pump life into the people.

I enjoyed the sense of place and time. Not only did Berry sprinkle descriptions in subtly, she also used them to create atmosphere. The backstory was delicate and never interrupted the flow. Although I would rarely say it, I would like to have had more backstory about Nora and Rachel’s parents. That said, the reader gets to know Nora and Rachel reasonably well, and both characters are satisfyingly flawed.

The plot and conclusion are beautifully crafted. The suspense crescendos relentlessly. Those factors, combined with the shortness of the story, make it easy to read this book in one, breathless sitting. For readers craving atmosphere, suspense and the unexpected, Under The Harrow is a fulfilling read. For a debut novel, it stands head and shoulders above the chorus line.