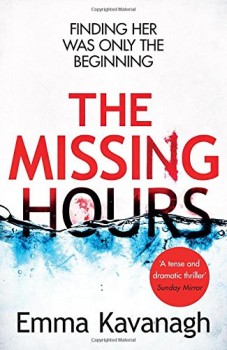 Selena Cole disappears leaving her two young daughters alone in a playground. Meanwhile, on an isolated mountain road, the body of a young man is found. Against a background of commercial kidnap and rescue work, the police investigation leads to some surprising connections.

Selena Cole lives what appears to be a very comfortable life in a large country house with her two young daughters. However, her husband, who set up the very successful global kidnap and rescue service, was killed in a conference in Brasilia, leaving her lost and alone. Out of the blue, Selena disappears from the playground leaving her daughters unsupervised. The police are called in to investigate and 20 hours later she returns. The investigating officer is unable to shed the feeling that this is not the end of the case.

At the same time, the body of a young solicitor is discovered at the side of an isolated country road, murdered by a knife in the neck. The investigation leads to the uncovering of a network of coincidences and the fact that there exist a series of links between the two and other people in their lives. DC Leah Mackay persists in her investigation despite being told that the case is over and that she should support her brother DS Finn Hale in investigating the murder.

The novel is very well structured. Emma Kavanagh develops the characters well. She slips seamlessly from one scenario to another with little warning and punctuation, and at the start this can be a little disconcerting. This is reminiscent of the style used by Hilary Mantel in Wolf Hall, and, once the reader is used to it, it serves to make the story flow with almost a stream of consciousness. Another clever device used is the interspersion of case notes from the kidnap and rescue company, owned by Selena and her husband. As the plot proceeds it becomes apparent that these notes have significance in unravelling the circumstances leading to both the disappearance and to the murder.

By the time I reached the end of this book, which didn't take too long because I found it very hard to put down, I felt that I knew all of the protagonists well, and that I shared the frustrations and successes of the investigating officers. This is a very clever and readable novel.