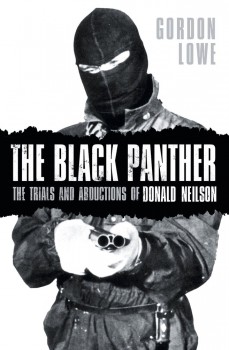 January 1975. A girl is missing. But this is no teenage prank, as her mother and the whole of Britain is about to find out.

They were an ordinary family: Dorothy Whittle, widowed for nearly five years, her son, Ronald, 28, and her daughter, Lesley, who was 17 and preparing for her A-Levels. But Dorothy’s common-law husband had left a legacy of bitterness and pain on his death. The family’s inheritance became a public and well documented scandal. Little did they know how much more they were to suffer, when Donald Neilson decided to use that scandal to his own ends.

In January 1975, Neilson stole into Lesley’s bedroom during the night and abducted her. She was his meal-ticket after a life of misery and bungled crimes. He put a price of £50,000 on her head. But between his own incompetence and the ham-fisted, sluggish efforts of the police, he would not get the ransom. Worse, no one would ever see the young girl alive again.

This account of the ‘trials and abductions of Donald Neilson’ are written ‘in memory of Lesley Whittle’. Sadly, it doesn’t come across as that. Although we cannot ever know what really went through Lesley’s mind, and although she was a young girl, presumably ignorant of much of the evil this world has on offer, the chapters devoted to ‘her story’ portray her as almost simple. Yes, we understand she was honest. Yes, we understand that she was naïve, but at no point in this book did I really get a sense of her fear. I cannot believe that a 17-year old girl, taken hostage in the middle of the night by a hooded man would have been so unafraid. Even more so, knowing she was held in a drainage shaft for days, naked and in a steel noose, in the middle of winter. I would almost go as far as to say Gordon Lowe, from those and other chapters, is intent on making out that Donald Neilson was not such a bad guy.

As the author allows himself the dramatic licence of climbing into the mind of the victim and the predator, he could have written those and the well-known facts surrounding the case in a show-not-tell format. Unfortunately, there is little attention to bringing the story alive, and more attention on getting as many facts out as possible. That and letting ‘The Black Panther’ get his side of the story across.

The Black Panther committed other heinous crimes before he kidnapped Lesley Whittle, but her abduction is the opening part of this book. That leaves the reader hopping backwards and forwards along Neilson’s timeline in a story without chronology. While I know that a good story starts in medias res, this one would have benefited from being more linear. Let’s face it, every part of Neilson’s life would make a good opening for a dark story. This one feels like the chapters have been tossed up in the air and left in the order in which they came down. It lacks cohesion, and the writing is average.

This was a short and, in parts, a factual read, but as someone who remembers the case, I did not close the book feeling any more enlightened. I would strongly doubt it would mark someone younger than me. Lesley Whittle’s abduction came at a time when kidnapping was a new crime. There have been worse cases since, but few as sensational. Sadly, this book does nothing to help the reader understand how this crime rocked Britain to its core.