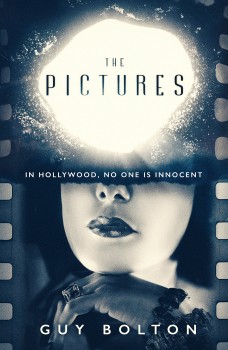 LAPD detective Jonathan Craine has spent a career keeping the stars of Hollywood out of trouble, but finds there are limits to his willingness to look the other way.

The Los Angeles police have a certain reputation which has featured in book and film; this novel has at its core the unhealthy relationship between LAPD and the big income-generating Hollywood studios. It is set in 1939, and centres on Jonathan Craine, a detective who spends his time keeping actors and other studio staff off the front pages, and out of police records.

The book starts with two apparently unrelated deaths on the same night: the suicide of Herbert Stanley, one of the producers of MGM’s The Wizard of Oz, and the torture and murder of a girl known to frequent a club popular with actors. Craine’s superiors are keen to dampen speculation about the deaths, and Craine suppresses unwelcome facts and ensures anodyne explanations appear in the press.

A junior homicide detective, Patrick O’Neill, is motivated enough to investigate a few loose ends, and tries to get Craine interested in new lines of enquiry. Initially Craine contains his concerns, but gradually comes to see that O’Neill is right. Helping him come to this conclusion is his guilt about the cover-up over the suicide of his actress wife, and his increasing closeness to Gale Goodwin, wife of Stanley.

Craine makes an interesting protagonist, a man who has enjoyed the rewards of taking the corporate line but who is now coming to realise the cost of being economical with the truth. His conscience about his wife means he has difficulty facing his son Michael, a schoolboy traumatised by the discovery of his mother drowned in the bath and his inability to rescue her. It is only when Craine takes full responsibility for a proper investigation into the deaths that he is able to re-establish contact with Michael.

The title of the book strikes me as rather brave given that its meaning may be puzzling to US readers, although the content will be recognisable on both sides of the pond.  Bolton provides a pretty convincing picture of Hollywood, the movers and shakers in that world, without painting anyone too black or white. The exercise of power and influence was perhaps less subtle in those days, and I found nothing unrealistic about their portrayal here.

What might distinguish this from an American treatment of the same subject matter is the speech patterns, which here are perhaps more polite and formal than you might expect. If the films of the time – Goodbye Mr Chips, Gone With the Wind, The Wizard of Oz – are anything to go by, however, I suspect this is no more than correct. In any event the action builds to a very exciting finale, with one or two surprises on the way. This book has plenty to recommend it.