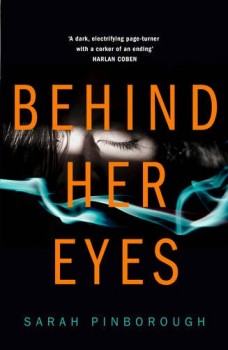 David and Adele seem like the perfect couple. Louise befriends both of them and soon finds that things are not what they seem.

Louise is a bored single parent, jealous of the new life being enjoyed by her ex. She has a fling with an attractive man, David, who she meets in a bar. David, however, turns out to be her new boss. She is subsequently drawn into a friendship with a beautiful woman who turns out to be David’s wife. She tries to sustain both friendships in secret but begins to get sucked in to a scenario of intrigue and manipulation.

The lives of Louise and Adele are a depressing window onto an imagined modern life, full of drink, boredom, gym, dieting, and in the case of Adele, a beautiful, too perfect house. Both desperate in their own ways for friendship, Adele sets out to help Louise to get fitter and slimmer and they begin to meet up for the gym, coffees and lunches. As the more down to earth of the two, Louise starts to see things that concern her, particularly relating to Adele and David’s relationship. References in their conversations and discoveries in the house begin to shed light on a sometimes violent and disturbing past.

The action revolves around how the three main characters manipulate each other. Grim, bleak and miserable are words that come to mind. Only the innocence of Louise’s child brings a small amount of relief to all this negativity.

Much of the writing is in the first person from the point of view of either Adele or Louise.  There is dialogue between the characters and also the thinking aloud of the characters themselves. The description of the book as a psychological thriller is certainly correct, and being in the heads of the main characters is certainly not a comfortable place to be. The writing is pithy and succinct, the only exception being the occasional chapters where either Louise or Adele is watching and thinking about the other – a sort of reverse dialogue which, whilst clever, is actually quite difficult to follow.

The plot certainly pulls the reader in but the advertising hype about the ending is not helpful. The story turns out to be based on behaviour that is unbelievable.  A good idea is pushed to an extreme and the behaviour of the characters in the final chapters is too far from reality to make sense. This and a few inconsistencies such as someone being upstairs before going up the stairs makes for a rather disappointing conclusion. There is nothing wrong with a fantastical idea as long as the reader is convinced about it, and this reader wasn’t. This is a shame as the writing throughout is excellent.

The book otherwise is dark and unsettling and, despite all, proved at times to be compulsive reading, which has to be a good recommendation.